The West Indies players currently on tour of India say they no longer want to be any part of a Wavell Hinds-led West Indies Players Association (WIPA), and have asked the West Indies Cricket Board (WICB) to “urgently” intervene in the impasse.

In a letter to WICB president Dave Cameron, the players once again expressed their lack of faith in Hinds’ leadership and reiterated their desire to return to the terms of the old Collective Bargaining Agreement/Memorandum of Understanding, reports CMC.

The WICB Saturday confirmed to CMC Sports it has received the letter. The players have accused Hinds, WIPA president and chief executive, of misleading them as it relates to the terms of the newly signed CBA/MOU.

In a move that threatens to split the players union and derail an agreement Cameron recently described as “historic”, the Windies players said they had “collectively determined” not to accept any contracts stemming from the agreement and would also seek new representation shortly.

“The process that has been supposedly undertaken on our behalf is, in our view, a breach of trust, a clear lack of transparency and violation of our rights,” the players wrote.

“It would, therefore, be not only imprudent, but immoral to consider such representative action to be in any way appropriate or right.”

“For the record, we wish to reiterate our position put forward to the WICB earlier through WIPA, which is, that we propose the continuation under the old structure until a new agreement is reached between the players and WICB,” the players’ letter said.

In an earlier letter last week, the players called on Hinds and other members of the WIPA top brass to resign, a call rejected by the former Jamaica and West Indies batsman.

However, the players reiterated their call for Hinds to go. “It is our view, given the circumstances of the formulation and finalising of this agreement, the WIPA Board needs to do the right thing and resign. We wish to formerly advise you that WIPA has no authority to speak on our behalf,” the players wrote.

“We also note that we finally got a response Thursday from Hinds. However, his response leads us to pose more questions than the ‘answers’ provided. There were many inaccuracies in Hinds’ letter to which we will provide a detailed response in due course.

“We will advise you of the person or persons entrusted with the responsibility to act on our behalf shortly.”

The players are upset over what they have described as a significant reduction in their income under the new terms of the CBA/MOU.  They argued they were unaware of the new terms contained in the agreement and had no input in the negotiations undertaken by WIPA.

Hinds subsequently hit back, pointing out that the players’ representative and one-day captain Dwayne Bravo was present at the meeting where the new agreement was discussed, and had given his assent. With no resolution in sight, the players have asked Cameron to step in. 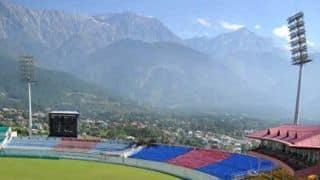 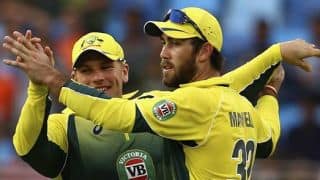