West Indies coach Ottis Gibson urged Caribbean cricket fans to keep faith with his youthful side after their latest defeat; admitting criticism from "your own people" was tough to take. 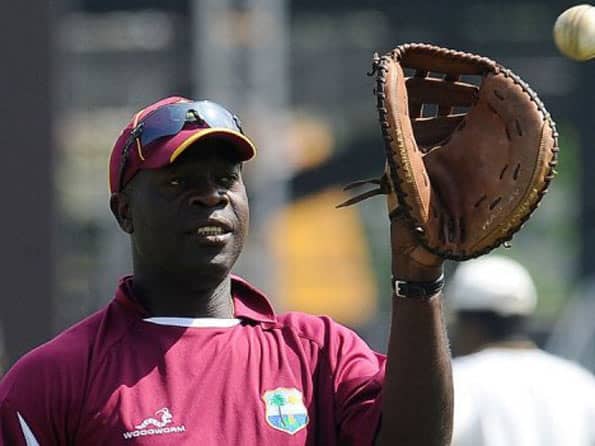 West Indies coach Ottis Gibson urged Caribbean cricket fans to keep faith with his youthful side after their latest defeat; admitting criticism from “your own people” was tough to take.

The West Indies lost the second Test against England, and with it the three-match series, after going down by nine wickets with more than a day left at Trent Bridge on Monday.

Before this match, former West Indies fast bowler Michael Holding said Gibson needed “to understand that the West Indies cricket team is not a boot camp and how to man-manage”.

Holding, now a respected cricket broadcaster, also questioned the place in the team of captain Darren Sammy, saying: “West Indies cannot afford to carry anyone while they are struggling in Test matches.”

This defeat left West Indies with a record of just two wins in their last 33 Tests and was the end of a previously unbeaten run in first-class cricket at Trent Bridge going back to 1906 that spanned 22 matches, including eight Tests.

“You come to England, you are playing the number one team in the world, and it is difficult to expect you are going to come and beat them easy.

The West Indies were the kings of world cricket from the mid 1970s to the early 1990s but a series of high-profile player disputes, a failure to plan for life after the end of a ‘golden era’, the advent of the Indian Premier League and rising standards elsewhere have hit them hard.

“When I took over this role, two-and-a-half years ago now, I knew it was a tough task,” said Gibson. “I knew we’d have to take ‘baby steps’ if you like to get us back to where we once were.

“It’s very difficult to expect you are going to reverse 15 years or 20 years of decline in two-and-a-half, three years of trying to put the right sort of processes in place.”

As for the criticism, he added: “It’s not nice, especially when it’s coming from your own people.”

West Indies’ top order has repeatedly failed this series and their latest slump, to 61 for six on Sunday, all but sealed their defeat in this match.

Gibson said they had to toughen up fast ahead of the third Test at Edgbaston starting on June 7.

But West Indies did see middle-order duo Marlon Samuels and Sammy frustrate England with a century apiece during their first innings at Trent Bridge.

Sammy’s 106 was his maiden Test hundred and Gibson said: “It saved us from a pretty dire situation.

“He works very hard, he’s an honest cricketer and it’s always pleasing when that hard work pays off.

“In his case, the amount of criticism he’s been getting even from some of our own people makes it even more special for him. I was delighted for him as I was for Marlon as well.”

And he insisted West Indies wouldn’t throw in the towel.

“We’ve still got another Test match, we are a proud people, we are very proud of our history and that we were once the number one team in the world and that’s something we take a lot of pride in.

“We’ll go to Edgbaston in a week’s time and put our pride before our performance and see how we come out.” (AFP)

Shahrukh Khan's Wankhede ban yet to be discussed: MCA officials