West Indies have made two changes to their batting line-up ahead of the second Test against New Zealand, beginning on Monday at Queen’s Park Oval. Following the batting failures which contributed to a 186-run defeat inside four days in last week’s first Test in Jamaica, the selectors have summoned uncapped batsmen Jermaine Blackwood and Leon Johnson at the expense of opener Kieran Powell and experienced middle-order man Marlon Samuels.

Blackwood, a 22-year-old Jamaican right-hander, has averaged 40.38 in first-class cricket over the past three seasons and finished the 2014 campaign for his island strongly with innings of 94 and 118 in the regional final against the Windward Islands in St Lucia. Johnson has some senior international experience, featuring in a three-nation One-Day International tournament against Bermuda and hosts Canada in Toronto in 2008.The 26-year-old Guyanese left-hander averages 33.18 from 50 first-class matches since making his national debut as a teenager in 2004.

Both have previously represented the West Indies at under-19 level. Samuels, the 33-year-old veteran of 52 Tests, pays the price for failing to score in both innings at Sabina Park, his first “pair” in Test cricket.Powell managed only 28 and 0, leading to his being dropped, especially with another opener, Kraigg Brathwaite (10 Tests, average 21.84), in the squad.Both newcomers are expected to play, with pressure on the West Indies to square the series ahead of the third and final Test in Barbados, beginning June 26.

New Zealand are likely to be unchanged following the victory in Kingston, only their second Test match victory on six tours to the Caribbean. 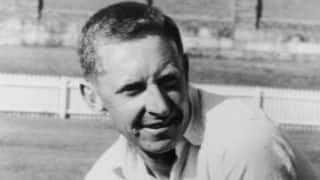