West Indies are to play three Tests, three One-day internationals and three T20 matches instead of the original itinerary of two Tests in their upcoming tour of UAE.

Karachi:  The West Indies Cricket Board has accepted Pakistan’s proposal to play three Test matches instead of two in the forthcoming series between the two sides in September-October in the United Arab Emirates. An official of the Pakistan Cricket Board said that the series would now have three Tests, three One-day internationals and three T20 matches instead of the original itinerary of two Tests, five ODIs and two T20 internationals. He said that the decision to increase the Test matches was taken on the initiative of the PCB Chairman, Shaharyar Khan, who felt that more importance required to be given to the five-day format. ALSO READ: Tri-nation series 2016: Darren Bravo credits Brian Lara for century against South Africa
One of the tests will be a day and night affair with the pink ball in most probably Abu Dhabi. Pakistan, which is hosting the series, had requested the West Indies cricket officials to schedule a day-night Test as Pakistan is also due to play a day-night Test in Australia in December. “The day-night Test is also on and we have plans to have at least 10 day-night First Class matches in our domestic season this year with the pink ball so that the players can get accustomed to Tests under lights,” he said.Pakistan had earlier also proposed a day-night Test when it hosted Sri Lanka in the UAE but the latter had turned down the proposal. The official said that the series has been scheduled in the UAE although they were plans to have it in Sri Lanka. “But we have still not given up on the proposal to relocate our home series to some other neutral venue as we maintain that the costs of hosting teams in the UAE is high and not cost effective for us as we lose our revenues,” he said.He said Sri Lanka and some other boards had shown keen interest in allowing Pakistan to play its home series in their countries but for this year the idea to host it in Sri Lanka was dropped due to the monsoon rains expected in Sri Lanka in September-October. Pakistan has hosted its home series since 2009 at neutral venues mainly UAE due to other teams refusing to tour Pakistan because of security concerns.
First Published on
Last updated on June 25, 2016 8:52 PM IST
TOPICS:
West Indies Pakistan UAE Pakistan vs West Indies 2016 West Indies vs Pakistan 2016 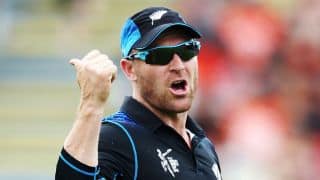 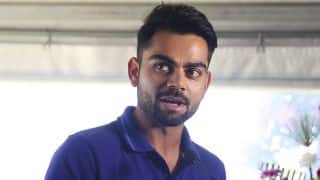