Twenty20 specialist Kieron Pollard says the West Indies will start the One-day series against Bangladesh with a clean slate despite losing the one-off Twenty20 International to the hosts. 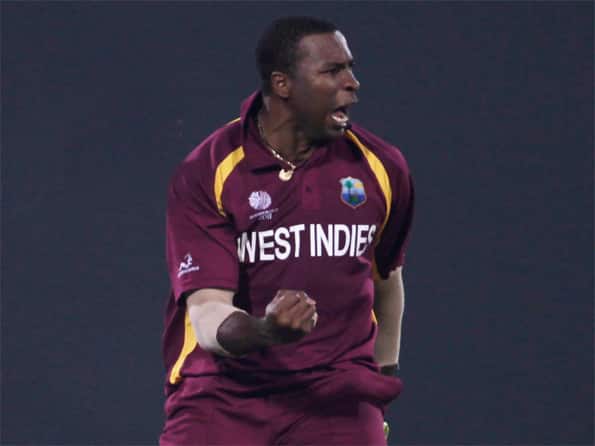 Kieron Pollard said in the absence of Chris Gayle and Dwayne Bravo, he is ready to shoulder the responsibility of an all-rounder in the team Getty Images

Twenty20 specialist Kieron Pollard says the West Indies will start the One-day series against Bangladesh with a clean slate despite losing the one-off Twenty20 International to the hosts.

The tourists enter Thursday’s opening One-Day International on the heels of a heart-breaking three-wicket loss but Pollard said the T20 disappointment would not set the tone for the ODI series.

“Bangladesh played well in the Twenty20 match but it could have gone either way there at the end,” said Pollard, who won the Champions League T20 title with Mumbai Indians Sunday.

“The 50-over matches will be a test of character of each team and as a team we are confident going into the game. We have done a post mortem and the guys know where they made the errors. We will look to correct it and come back stronger.

“It is a new series and it is 11 against 11. Once we do the basics right I believe we have a good enough team to beat Bangladesh. But we have to go out and play hard cricket. Everyone is ready,” he added.

Pollard will be hoping to grab the opportunity to spruce up his One-day credentials, especially after a mixed series against India in the Caribbean recently when he got scores of 0, 6, 70 and 24 not out.

With key players like Chris Gayle and Dwayne Bravo missing for the series, a lot will depend on Pollard and the all-rounder said he was geared up for the challenge.

“I also know I have a job to do with the ball and in the outfield,” he noted.

“I enjoy being on the cricket field, knowing that as an all-rounder, I can contribute in several areas – with a crucial wicket, a catch or a smart piece of fielding. So whatever I am called on to do I am ready to make a contribution.”

Fresh from the CL T20 in India, Pollard said he was already familiar with the subcontinent pitches.

“You have to go there and play to the situation … according to what the pitch is doing. As a batsman you have to assess it properly,” he pointed out.

“The wickets here are slow, the wickets in India were slow as well. I played a lot of games in Chennai where the wicket was slow. So actually it will be the same sort of wicket here.(IANS)