Chris Rogers, the veteran Australian opener will not be available for the opening Test, as he suffered a blow on the head and due to concussion.

For the first time in the history since its inception way back in 1960-61, The Frank Worrell Trophy between the West Indies and Australia will be a two-Test affair, with the opening Test starting at the Windsor Park in Roseau, Dominica on Wednesday, June 3. Complete Schedule: Australia tour of West Indies 2014

It has been more than 20 years that West Indies have not defeated Australia in The Frank Worrell Trophy, and their challenge will be no lesser against the side led by Michael Clarke, who will be aiming to get to full throttle as far as Test cricket is concerned, especially with The Ashes 2015 starting in just about a month’s time. READ: Rogers to miss 1st Test against Windies due to concussion suffered after getting struck on helmet

Australia have won all six times The Frank Worrell Trophy has been played since then, and the world champions would certainly like to bring their good form from One-Day Internationals (ODIs) to Test cricket. The team composition is mostly the same, and it will help the Australians to carry the winning momentum and get into the groove heading into a tough season. READ: Jermaine Blackwood makes the future of West Indies batting seem bright

Chris Rogers, the veteran opener will not be available for the opening Test, as he suffered a blow on the head and due to concussion he has been ruled out. Shaun Marsh, who slammed a fine century in the tour game against the West Indies Cricket Board (WICB) President’s XI, is likely to partner David Warner in the opening slot. Australia will pray that their batting mainstays in Clarke and Steven Smith get going as they need to be completely prepared for The Ashes 2015 and this series against the West Indies will certainly give them an excellent opportunity.

The bowling will be bolstered with the presence of Mitchell Starc and Mitchell Johnson, ably backed by Josh Hazlewood. But the spotlight will be on Fawad Ahmed, who is very likely to get his Test debut at Dominica. Australia seem to be pleased with how Fawad has shaped up in the recent months, and a Test debut beckons on the Pakistan-born leg spinner.

The injury to Rogers may also push the Australians to try out Peter Nevill, who has been the understudy of Brad Haddin for a very long time. Also, the presence of in-form Adam Voges will be testing for the selectors as he will be very unfortunate if they ignore him for the opening Test.

On the other hand, the West Indies will certainly be no walkover as the world perceives them to be. The infantile comment of labelling the hosts ‘mediocre’ by England and Wales Cricket Board (ECB) chief Colin Graves denied England a series win in the Caribbean as the hosts came out fighting, and drew the series 1-1.

The West Indies played really well throughout the two Tests, and there is no reason why they cannot carry the momentum against Australia in the upcoming series. The hosts have a fine batting line-up, which will be under a lot of pressure after all that has transpired with the selection of venerable Shivnarine Chanderpaul.

The West Indies will certainly miss the legendary cricketer in their ranks, but this was impending and it is time for them to start building for the future. Both Rajindra Chandrika and Shane Dowrich had a good outing in the tour match versus Australia and the selectors much be commended for picking up the two youngsters in the batting line-up. Veerasammy Permaul was very impressive with his spin bowling against England and the West Indies will certainly want their slow bowlers to inflict pain on the Australians, who have shortcomings against spin.

Australia could not have asked for a better opponent to face in their build-up to The Ashes 2015, as the West Indies will give them a tough competition, and test their opponents throughout. 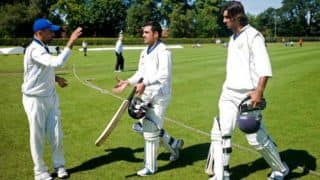 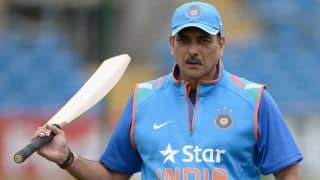