Sabina Park in Kingston hosts the second and final Test between West Indies and Australia. With a win in the previous Test, Australia have retained the Frank Worrell Trophy, as in the event of a loss in this Test, the series will only be drawn (Australia had won the previous Test series between the sides in 2012).

Viewers may catch the action, between West Indies and Australia in Kingston, live on the internet via www.tensports.com.

The build-up of the series was dominated by the axing of veteran Shivnarine Chanderpaul by the team of selectors led by Clive Lloyd. He had not been performing well of late, with two barren series against South Africa and England. The first Test of the post-Chanderpaul era featured a mediocre batting performance, and despite his replacement Shane Dowrich‘s second innings half-century, Chanderpaul’s absence was felt. Given that, however, the long-term approach taken by coach Phil Simmons and Clive Lloyd requires patience, and the new approach will have to be given time to show productivity. Devendra Bishoo, the legspinner, impressed with his six wickets, one of which was taken via an expertly bowled spinner that pitched on leg stump, breached Brad Haddin’s defence, and hit the top of off stump.

But otherwise, Australia were clearly the stronger team. Adam Voges‘ century and a collective bowling performance ensured a victory within three days, and somewhat justified their second position in the ICC Test rankings. 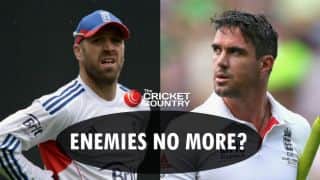 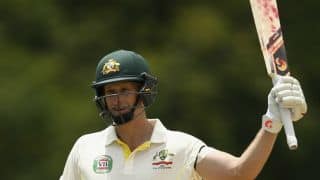