Coming into the game, Australia edged past South Africa and Pakistan in their warm-up ties, while West Indies were found wanting against the same sides.

After a few cracking games in ICC Women s World Cup 2017, it is now time for the titans to clash. Defending champions and six-time winners Australia will take on the WT20 champion West Indies. This match, at County Ground, will be repeat of 2016 s WWT2O final. West Indies had then thrashed Australia by 8 wickets to cause the biggest upset of the year. Before that, Australia and West Indies had met in the final of Women s World Cup 2013, where it was the former that came out on top. However, for apparent reasons, Australia still start as favourites to defend their crown against the ever-erratic West Indies.

Coming into the game, Australia edged past South Africa and Pakistan in their warm-up ties, while West Indies were found wanting against the same sides. West Indies, on the other hand, had their a tough time, especially for their bowlers. Their batters had torrid time against South Africa bundling out for a mere 61 runs.

Statistically, Australia have been on a rampage annihilating opponents left, right, and center in the ODIs since the WWT20 final. Their record stands at 10 wins, 1 loss and one no-result. In the same time period, West Indies have won 2 and lost 6 of their 8 matches.

Australians are laded with experience in the likes of Meg Lanning, Ellyse, Beth Mooney, Alyssa Healy, and Megan Schutt. They – along with Sarah Aley, Amanda-Jade Wellington and Belinda Vakarewa – will provide the side with young blood and competitiveness in the team itself.

Australia, in their squad, have a blend of players who have been consistent and dependable through their run in 2017. Meg and Ellyse have scored 924 and 733 runs, while left-arm spinner Jess Jonassen has nabbed 24 wickets.

Meg, ahead of the marquee event, said, It s not just two or three teams now leading from the front anymore. It will be a very tough tournament and there are a number of teams who can win. We re very aware of the challengers ahead of us.

West Indies are still young and ferocious, as seen in the WWT20 final. Led by Stafanie Taylor, with the likes of Deandra Dottin, Anisa Mohammed and Hayley Matthew, can be expected to throw in the kitchen sink and make their opponents bleed tears at any moment.

Former skipper Merissa Aguilleira adds that much needed familiarity to the middle order along with Kyshona Knight and Chedean Nation.

To add to the mix, Anisa s guile and variations, West Indies can wreck havoc on any given day.

We have an exciting line-up of players with a balance of established players, a couple of returnees and a group of new faces. I think everyone is in a really good head space and if we can continue in that manner, we can do something special, said Vasbert Drakes, West Indies head coach ahead of the competition. 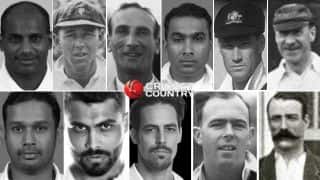