The hosts have a range of T20 specialists on their side, which should work in their favour.

No result
Series: Series drawn with 0-0

West Indies will take on Bangladesh in in the only Twenty20 encounter of the tour and will look to extend their domination over the visitors after having whitewashed the three-match One-Day International (ODI) series against them earlier.

West Indies enter the Warner Park at Basseterre a strong and confident side after having registered comfortable victories in the One-Dayers. The hosts, generally regarded as specialists in cricket’s shortest format, will bank on hard-hitting batsmen in the form of Chris Gayle, Kieron Pollard, Lendl Simmons, Dwayne Smith among others to get the quick runs and post a total in excess of 200. The above-mentioned players are some of the most sought-after names in the T20 leagues around the world such as the Indian Premier League(IPL) and Big Bash League (BBL) and are not completely out of touch with format, having completed their formalities in the recently concluded Caribbean Premier League (CPL).

Among the bowlers, Sunil Narine will be expected to continue the destruction of the batting order. Narine has one of the best averages in the format and has the ability to dry the run flow up. He will be assisted by the likes of lanky spinner Suleiman Benn and Krishmar Santokie, who emerged the second-highest wicket taker in the CPL with 17 scalps to his credit at an impressive average 19.41.

The Bangladeshis on the other hand will look to end their miserable-streak and salvage some pride by beating the favourites at their own format. The tourists, who haven’t won a match in any format against a Test side for the past one year, are without the services of star all-rounder Shakib Al-Hasan, who is currently serving a six-month ban and will be permitted to play by the Bangladesh Cricket Board after September 15. Among the batsmen, Tamim Iqbal will be heavily relied on to get the team off to a good start, while skipper Mushfiqur Rahim will carry the responsibility of steering the middle-order along with donning the wicketkeeper’s gloves. Al-Amin Hossain, who recently broke in to the Top 100 ODI bowlers list after a decent performance in the 50-over series, will be the man to be wary of for the West India batsmen. 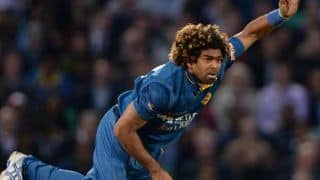 Live Streaming: West Indies vs Bangladesh, only T20I at Basseterre