England edged West Indies by four wickets with seven deliveries remaining in the first T20I in St Lucia today, after which the skipper Eoin Morgan hailed the “magnificent” efforts of his bowlers.

The big-hitting West Indies batting lineup was kept to 160/8 with Tom Curran claiming 4/36 and Chris Jordan 2/16 from his three overs, but it was Adil Rashid who Morgan singled out. The legspinner had very economical figures of 1/16 from his four overs, in which he bowled 13 dot balls.

Rashid conceded just five runs from his opening two overs, and then came back to take out Craig Brathwaite for 0 in a one-run 15th over before ending his quota with nine runs in the 19th over. (READ: Bairstow, Curran star in England’s comfortable win)

“I thought the bowlers were magnificent,” said Morgan. “Taking early wickets really did put us on the front foot because it’s something that we’ve struggled to do this whole white-ball tour. (READ: Chris Gayle becomes West Indies’ leading run-getter in T20Is)

“I think he’s right up there (as one of the best spinners in the world). I think he’s proven over the last three or four years that he has the ability to come on at any stage of a 50-over game or a T20 game and threaten both sides of the bat, which makes it difficult. His variations are getting better, he’s become more confident at bowling them and he really is a huge asset for us to be able to fall back on and look at as a wicket-taker.”

The Barbados-born fast bowler Jordan underlined his reputation as a skilful T20I specialist with a fine spell of bowling, in which he removed Shai Hope and Shimron Hetmyer up front.

“It’s an area that he’s really been focusing on,” said Morgan. “It’s obviously one of the better times to bat in the first six overs so batsmen tend to come really hard but I thought he countered that beautifully. His experience in T20 cricket is vast, hence why we bring him in for this series – he’s very good for us.”

The second T2oI is in St Kitts on Saturday. 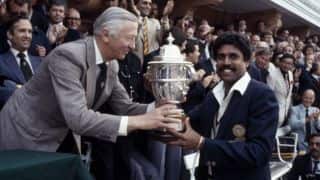 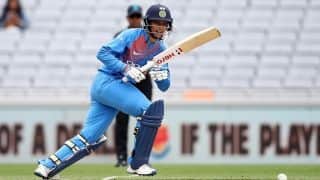