West Indies ended Day Two against England at 155 for four as the see-sawing nature of the match continued to hold true. After England collapsed from 341 for five to 399 all out in the first session, Kraigg Brathwaite and Marlon Samuels put in a good partnership after being reduced to 42 for two. However at 99 for four, West Indies were in danger of folding up early before Jermaine Blackwood and Shivnarine Chanderpaul dug deep.

Catch the live telecast of the West Indies vs England 1st Test match on Ten Cricket and Ten HD. The live streaming of the match is available on tensports.com. Live Updates: England tour of West Indies 2015, 1st Test at Antigua Day Three

Live streaming, as a concept, is doubtless capturing the imagination of the internet. Such fans that do not have access to televisions search the internet frenetically for websites on which they can watch their favourite teams in acti0n. Live Streaming is catching up a huge trend in the internet users in India and other parts of the world. 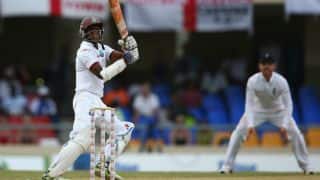 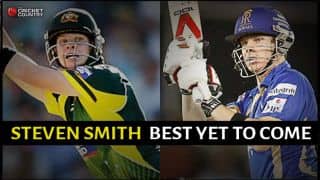