West Indies had recovered to a decent position of 188/5 at stumps on Day One of second Test.

West Indies’ middle-order batsman Marlon Samuels rallied an ambitious fightback with a counter attack on England bowlers that also brought him within sight of his seventh century on the first day of the second Test at Grenada. Samuels batted responsibly to be unbeaten on 94 which helped to pull the West Indies out of precarious positions in the rain affected day at the National Cricket Stadium on Tuesday. Live Scorecard: England tour of West Indies 2015, 2nd Test at Grenada Day Two

West Indies, who lost their openers before lunch and laboured to 104/4 by tea, had recovered to a decent position of 188/5 at stumps after the first hour was lost due to showers. Bad light stopped play with only 70 overs bowled with the home side creeping back into contention after struggling against England’s seam attack in overcast conditions.

Catch the live telecast of the West Indies vs England 2nd Test match on Ten Cricket and Ten HD. The live streaming of the match is available on tensports.com. Live Updates: England tour of West Indies 2015, 2nd Test at Grenada Day Two

Slowly but surely the concept of live streaming is capturing the imagination of the internet. Such fans that do not have access to televisions search the internet frenetically for websites on which they can watch their favourite teams in acti0n. Live Streaming is catching up a huge trend in the internet users in India and other parts of the world. England tour of West Indies 2015, 2nd Test: Preview 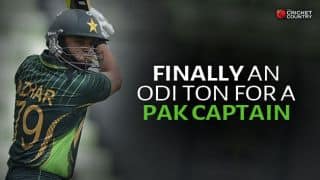