If England add a spinner, one of Stuart Broad and Sam Curran will miss out.

Selection dilemmas remain an intriguing theme with England when it comes to Test cricket, and once again Joe Root has decided to wait until match morning to decided the team’s playing XI.

Root told reporters on the eve of the first Test against West Indies at Kensington Oval that he will reveal the England team before the toss.

“We will see how it is when we turn up tomorrow and probably make quite a late decision on the team,” said Root. “We’ve come with a squad of players that is very adaptable, with plenty of options to go with. We’re in a good place and pretty much ready to go, we just have to make that big call in the morning. The most important thing is that they’re all ready to go and whatever decision we make none of them are going to let us down. Whoever misses out is going to be very unfortunate but I am sure they’ll be ready for the second one if they’re not required here.” (ALSO READ: It’s an exciting summer but our full focus is on Windies tour: Joe Root)

England look set to name Stuart Broad and Sam Curran alongside James Anderson and Ben Stokes to form a four-man pace attack, with Moeen Ali the sole spinner. However, the left-armer Jack Leach is not ruled out, which means that one of Broad and Curran could sit out. (ALSO READ: Dry track could tempt England to play second spinner: Hussain)

“If we’re in a position to leave someone of Stuart’s stature out it’s not because of lack of form or lack of ability or because his career is coming to an end – far from it,” said Root. “If anything it shows we’re going to balance the team up to suit conditions and hopefully become more consistent away from home because we’re reading conditions and surfaces. It’s about collectively doing something special together. The sooner everyone can be on board with that and understand that, the better.” 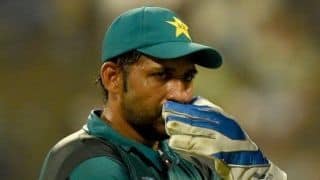