Hetmyer, 22, is a fixture in all formats and will make his IPL debut this year.

Termed a potential once-in-a-generation cricketer by former West Indies coach Stuart Law this month, Hetmyer is set for his first IPL stint this year after he was signed by Royal Challengers Bangalore for Rs 4.3 crore.

Ahead of the IPL, and against concerns of Hetmyer also going the T20 freelance route like many top-bracket cricketers, Bishop was called for West Indies to manage the youngster’s workload.

Particularly for next six to eight months, his cricket must be managed, he told Reuters. He s an integral part of the test match team, growing quickly as a batsmen. Problem is that for such a young kid he is good in all formats of the game. In order to keep fresh, he has to be managed. It could mean time off. If he were to play every game, that s a lot of cricket.

West Indies meet England in the first of five ODIs on Wednesday. 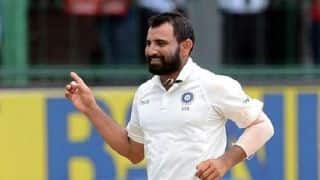