The pair has informed CWI of their concerns, which puts them in doubt for the World Cup.

The pair of Sunil Narine and Andre Russell are set to miss West Indies‘ home ODIs versus England after informing Cricket West Indies (CWI) that they are not match-ready, ESPNcricinfo has reported.

Narine, who has played an ODI since October 2016, has reportedly told the board that he does not have sufficient faith to bowl a full quota of 10 overs, which all but rules him out of the 2019 ICC Cricket World Cup. In a further blow to West Indies’ changes at this summer’s showpiece ODI event, the allrounder Russell has cited a dodgy knee as reason to sit out the series over worries of lasting 50 overs. (READ MORE: It s a shame that top players are not interested to play for West Indies: Carl Hooper)

Narine has been dogged by a suspect action which has seen him attempt to remodel it in 2011, with subsequent reports in 2014 and 2015 forcing him to pull out of the last ICC Cricket World Cup four years ago.

Russell, who has played 52 ODIs across seven years, is a fixture in T20 cricket around the world but remains skeptical of how his knee can cope in one-day cricket. He played one ODI last July which was his first game in the format since November 2015.

After the three Tests against England, West Indies host them for five ODIs and three T20Is. 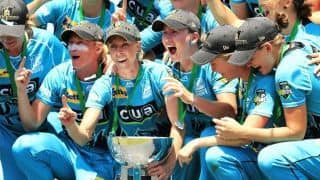