Russell last played an ODI in July which was his first game since November 2015.

The allrounder Andre Russell is back in West Indies‘ squad for the fourth and fifth ODIs against England, having played a solitary match in the format since November 2015.

Russell, 30, last played an ODI for West Indies in July 2018 and his previous international match for them was a T20I in August of last year.

He will be available for the final two matches of the series, at the Grenada National Stadium and Daren Sammy Cricket Ground. In 52 career ODIs, scoring 998 runs at 28.51 and claiming 65 wickets at 32.73.

In January, Russell had informed Cricket West Indies of his unavailability for the ongoing ODI series on account of a dodgy knee.

Russell is currently playing in the Pakistan Super League and earlier this month played the Bangladesh Premier League final, where his team Dhaka Dynamites lost.

West Indies will be without Kemar Roach for the rest of the series, which continues with the third ODI on Monday. The series is locked at 1-1. 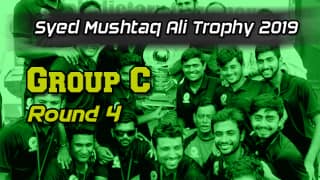