Shai Hope might be regarded as one of the hottest properties in West Indies cricket but had his thought process gone differently when young, he could well have been playing for England.

Shai Hope might be regarded as one of the hottest properties in West Indies cricket but had his thought process gone differently when young, he could well have been playing for England.

Having played age-group cricket while studying in England, Hope considered qualifying to play for the team against whom he would go on to make his Test debut in 2015.

“You’ve got to look around at your competitors and see who’s vying for the same positions as you. You look at your options. At that particular stage, it crossed my mind,” Hope was quoted as saying by Sky Sports.

Barbados-born cricketers Chris Jordan and Jofra Archer have taken a different route to Hope’s in shaping up their professional careers. While Jordan has become a T20 regular for England, Archer will become eligible in the coming months.

The 25-year-old Hope, who has played 26 Tests, 44 ODIs and 9 T20Is respects the decision of his fellow Barbadians but says he always wanted to represent West Indies.

“I’m good friends with Chris and Jofra. They seized their opportunity so I’m sure they’re happy with where they are right now. It’s their choice. They’re human beings and they have a mind for themselves. It’s up to them.

Hope is gearing up for the Wisden Trophy where West Indies host England for a three-Test series.

The tourists are the favourites with wins against top-ranked India at home followed by an away series win in Sri Lanka. West Indies, on the other hand, have lost their previous two series against India and Bangladesh.

“We are the so-called underdogs but if we play our cricket we can win,” Hope said. “We are all confident and we believe our preparation has been very good. This could be the start of a special year for us, with the Test series here and then onto the World Cup. There is a lot to play for.” 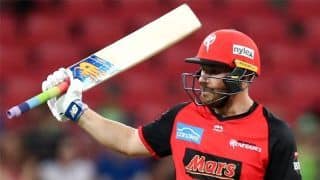 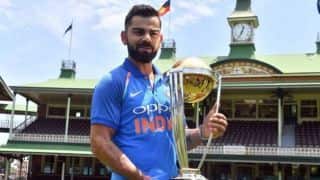