England, who showed an all-round performance in the first ODI, will aim to clinch the three-match series when they lock horns with West Indies at North Sound, in Antigua on Sunday. Eoin Morgan s captain s knock and Chris Woakes, Liam Plunkett s four-fors handed England the first win by 45 runs. In England, the live cricket streaming of this match will be available on Sky Sports, along with the live cricket telecast on Sky Sports 2. In India, the live cricket streaming will be available on Ten HD 1, along with the live cricket telecast on Ten 1. The other sources from where the match can be live streamed are Crictime.biz, watchcric.org and CricHD. Full Cricket Scorecard: West Indies vs England, 2nd ODI at Antigua

England s batting depth speaks volumes against which West Indies bowlers will have to be come back stronger with their death bowling. The batting will also have to show more character and intent. During their chase of 297, West Indies top-order slumped to 39 for 3. The middle-order gave some talking points with Jason Mohammad along with Shai Hope and Jonathan Carter built the hopes of winning the first game. However, England s bowlers got the better of the hosts to bring an end to the clash. As West Indies coach Stuart Law said, We did show tremendous amount of fight, we stuck to the task.

Meanwhile, Morgan was pleased with the all-round effort and expressed, It was a very convincing performance. We were asked to bat in tricky conditions and we responded well.

After an ordinary show in the first ODI, West Indies will be expected to focus on their flaws and come back stronger to keep this series alive. 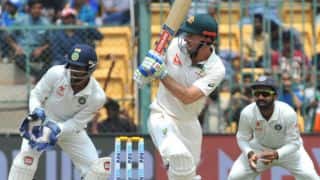