The third and final ODI will pose a new challenge for West Indies and England, as the match will be played at the Kensington Oval, Bridgetown in Barbados.

England, thanks to Joe Root and Chris Woakes, attained an unassailable 2-0 lead against West Indies in the ongoing three-match One-Day International (ODI) series. The second ODI had its ups and downs that saw the match oscillate like a pendulum, eventually stopping in the visitors favour. The third and final ODI will pose a new challenge for both the sides, as the match will be played at the Kensington Oval, Bridgetown in Barbados. Barbados has been a happy hunting ground for the visitors, which could be a sign of things to come for the hosts. LIVE Cricket Scorecard: West Indies vs England, 3rd ODI at Barbados

West Indies have been blowing hot and cold throughout the two ODIs, where they have let-go of crucial moments. Most importantly their batting has been the culprit, not procuring enough runs on the board for their bowlers to defend. Ashley Nurse and Devendra Bishoo s late resurgence almost brought England to their knees but inadequate runs meant the visitors could relax and deal in singles in 2nd ODI.

Their middle order has clicked in parts but failed as a unit, except the likes of Jason Mohammed and Jonathan Carter none have impressed. The bowling too looks thin, mainly after an injury to Shannon Gabriel, who pulled up a qualm at Antigua. Apart from Gabriel, Jason Holder and Carlos Brathwaite have just not been up to the mark. Nurse and Bishoo have been the only saving grace for their side. Knowing the nature of pitch at Barbados, both these spinners will be in play. Joe Root s characteristic knock, Ashley Nurse s wizardry and other highlights

Meanwhile, England will look to complete a series clean sweep. Both their batting unit and bowling department have clicked alternatively, where the former won them the second ODI, the latter ensured they take the 1-0 lead. Morgan and Root have led their batting charge, while Liam Plunkett and Woakes have marshaled the bowling stakes. England have been guilty of giving away wickets at ease, suffering collapse at multiple occasions.

This match will also act as a final opportunity for the England management to experiment with their playing XI. Jos Buttler s form has been dipping and makes a good case for Jonathan Bairstow to be called in. Adil Rashid could also be rested and Liam Dawson could be roped in, meanwhile Steven Finn could be rested in place of Tom Curran.

West Indies too will eye a change with Alzarri Joseph coming in place of the injured Gabriel. With Kieran Powell looking out of form, Shane Dowrich could get a look-in. 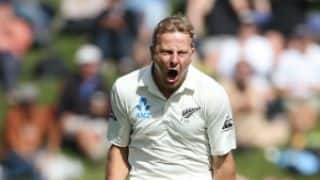 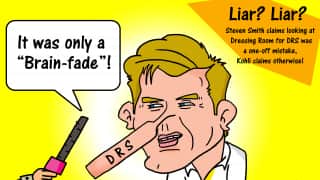