For West Indies, it is about recuperating from the hammering of the second game, while England would want to sign off on a high.

West Indies have given themselves roughly 48 hours to recover from the mauling they received at the hands of England. 45 all out, and with that the series was lost. And now, as England’s 45-day tour of West Indies, which began with a triumphant win in the Test series followed by a 2-2 draw in ODIs, reaches its last juncture – the final T20I, which both sides will approach with different incentives.

For England, the resurrection of Chris Jordan, and the fringe power of Sam Billings have added to the ICC Cricket World Cup 2019 selection puzzle. Jordan and Billings blew the West Indies away, but despite that, they might lose out the race to the uncapped Jofra Archer, who continues to dominate the discussion. England have six more ODIs left before the World Cup – one against Ireland and five more against Pakistan. The final T20I is of course a different format, but there is no harm is attaining more clarity in the bowling line-up.

West Indies on the other hand, have once again lived up to their unpredictable tag. Either they score big, or not score at all. Rest assured, Sunday won’t see a repeat of West Indies’ batting implosion. Actually, for all you know, a wounded West Indies might come harder at England than expected to ensure they go out on a high. Unlike England, West Indies do not play ODIs after this until the World Cup, hence it is be extremely important for the home team to win this one and give Chris Gayle a fitting farewell at home.

Jason Holder had said he is yet to receive any clarity over Ashley Nurse‘s status for the final T20I. Hence, Nicholas Pooran and Fabian Allen are expected to hold on to their positions. As does the fast bowling department with Obed McCoy and Oshane Thomas showing promising sings in the previous game. The only area where West Indies might ponder a change is the one that fetched them their dubious record of the second-lowest T20I total, batting. In five ODIs, John Campbell hasn’t really been promising, but could provide a refreshing change in the Windies’ batting line-up.

England have nothing to lose. So, the ideal consensus will be to experiment. However, it the likes of Curran and Jordan are on the radar for World Cup selection, it is important to let them lose momentum. The one change England might consider making is give Dawid Malan a look-in ahead of either Joe Denly or Eoin Morgan.

“There’s still pride to play for, the whole purpose of keeping this squad together was to build towards the World Cup.” West Indies captain Jason Holder

“That would be a dream.” Chris Jordan on the prospect of him and fellow Barbados-born Jofra Archer being named in England’s World Cup squad 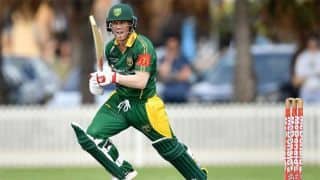 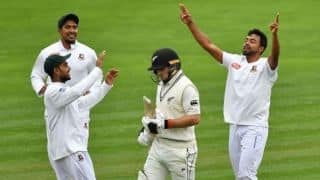