England may be third in the Test rankings and the West Indies eighth, but history will be against Joe Root’s tourists when a three-match series gets underway in Barbados on Wednesday.

Only two England sides have won Test series in the Caribbean during the past 52 years.

Below AFP Sport looks back at those most recent England campaign triumphs, which both featured members of the Jones family — left-arm quick Jeff Jones starring in 1968, with the Welshman’s son, Simon, a right-arm paceman, playing in 2004.

This series went England’s way thanks mainly to a seven-wicket win in the fourth Test in Trinidad.

But England, with captain Colin Cowdrey making 71, follow his first-innings 148, and opener Geoffrey Boycott 80 not out, got the runs just in time.

There was one more twist to come in the fifth Test in Guyana when, with England nine wickets down, No 11 Jeff Jones survived the last over of the match to secure a draw that sealed the series win.

England made a spectacular start to win the first Test in Jamaica by 10 wickets and never looked back.

Fast bowler Stephen Harmison, inflicting the kind of damage associated with legions of West Indies’ quicks, took an extraordinary seven wickets for 12 runs in 12.3 overs as the hosts collapsed to 47 all out in their second innings.

But after further convincing wins in Trinidad and Barbados, they were denied a 4-0 clean sweep in Antigua.

West Indies captain Brian Lara regained the world record for the highest individual Test score with an innings of 400 not out in a colossal total of 751 for five declared.

But by batting so long on a placid pitch, Lara reduced the time available for his bowlers to take 20 wickets and England captain Michael Vaughan, albeit his side followed on, made 140 as the match ended in a draw. 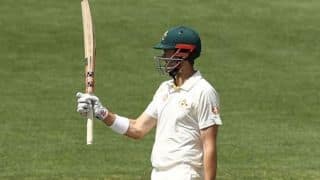 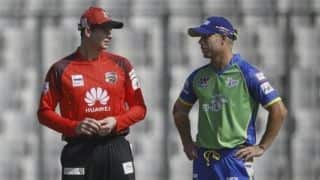