Mark Wood has admitted that his place in England isn't cast in stone for the upcoming ICC World Cup 2019.

England pacer Mark Wood has admitted that his place for the upcoming ICC World Cup 2019 isn’t cast in stone due to the emergence of an exciting fast bowling option in Jofra Archer. (ALSO READ: Cottrell revels in wicket salute)

Archer, who is yet to play for England, will become eligible next month under the new England and Wales Cricket Board (ECB) rules and there’s a strong lobby for him to be part of World Cup plans.

The Barbados-born Archer has impressed with his pace in T20 Leagues and therefore has caught everyone’s eyes meaning leaving a few England cricketers fighting to prove their worth for the marquee event that starts from May 30.

Wood admits the imminent threat but isn’t worried about it. “I think I am one of the guys under threat, but I wouldn’t say that night and day I’m up worried about Archer’s role. It is not really talked about in the dressing room or anything like that. But he is a world class player and I’d be stupid to think that if I didn’t put in the hard yards that my place wouldn’t be up for grabs, because he bowls quick as well,” Wood was quoted as saying by Sky Sports.

While the squad will reportedly be finalised by April 23, the current ODI series against West Indies provides three more chances to few fringe players to leave an impression.

“They (the selectors) pretty much know everybody Tom [Curran], David [Willey], myself – it is a pretty cemented group we’ve got even without the likes of Sam Curran and Olly Stone, so we’ll just have to wait and see what they do. I’m just going to continue with this bit of confidence I’ve got and some half decent form to push my own case,” he said.

Woods recently returned to the England squad through the third and final Test in St Lucia where he bowled a deadly spell of fast bowling in the first innings, finishing with a five-wicket haul.

The 29-year-old has also found a place in both the two ODIs of the ongoing five-match series against West Indies and put up decent show in the second match, albeit in a losing cause.

“When I came off the field and the guys said it was sharp, that was good to hear. The killer moment was when the ball started reversing. That is the game changer. It is all well and good bowling quick but if it doesn’t move then batters these days are pretty good and can put you away. “All trip I’ve felt in good rhythm, and even before the Test I felt in good nick, so I just hope I can get a few more wickets while I’m in good shape,” Wood said. 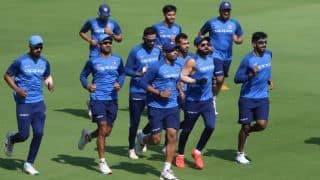 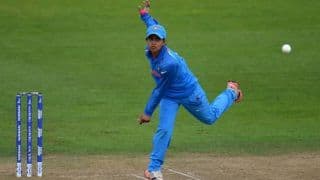