West Indies will take on New Zealand in a highly anticipated Test match to be played at Kingston, Jamaica. It has to be remembered that New Zealand beat the West Indies at home by a convincing margin. So, West Indies will look to take revenge at home.  It should turn out to be an interesting contest between the two teams. Catch the Live Scorecard of the match here

The Caribbean cricketers are without a doubt box office material in the T20’s. With many claims about the diminishing interests amongst certain cricketers about Test match cricket, West Indies need to make a strong statement through this series. Catch the live blog here.

In his hometown and playing his 100th Test, Gayle will be the cynosure of all eyes. The big-hitting southpaw’s Test record, despite his reputation, has been prolific. With two double centuries and runs all over the globe, he will be expected to play a huge part. It remains to be seen how well he has recovered from the injury he recently suffered. 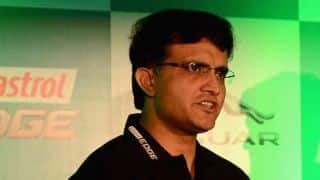