Catch the live blog of play from Day Four of the second Test between West Indies and New Zealand here.

Catch Live Scorecard of New Zealand vs the West Indies

Hello and welcome to the live updates of Day four of the second Test between West Indies and New Zealand at the Port of Spain. After three days of play in this Test, New Zealand are placed at 73 for the loss of one wicket in their second innings, trailing West Indies by 166 runs.

Tom Latham and Kane Williamson were quite cautious for the whole of the post-tea session on Day Three at the Queen’s Park Oval in Port of Spain, Trinidad. New Zealand only lost one wicket, that of captain Brendon McCullum for three in the session.

Catch the ball-by-ball live scorecard of the match here 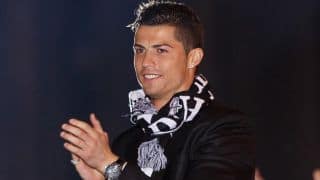