Daley, jumped to second position in the ODI all-rounder rankings

One of West Indies‘ leading women cricketers, Shanel Daley, describes her climb in the ICC One-Day International all-rounder rankings as among her best accomplishments.

Daley, a former ICC Women Twenty20 No.1 ranked bowler, jumped to second position in the ODI all-rounder rankings. The elevation to second, behind countrywoman Stafanie Taylor, came on the wave of her performances in the recent four-match series against New Zealand, reports CMC.

“It’s right up there with when I topped the T20 bowling rankings. It’s also the highest I have been ranked in ODIs, which means a lot and makes me want to work even harder,” Daley said.The 25-year-old Jamaican, who bowls left-arm spin and bats in middle-order, claimed four wickets at an economy rate of 2.86 during the series. She also made 46 runs including an innings of 29 not out at an average of 46.

“I am really looking forward to the upcoming tour of Australia, provided I am selected. I want to do well overseas as one of my aims is to top all the rankings if possible, or at least remain in the top-5 of the world for a long time,” said Daley.

Australia have named a 12-member squad to face West Indies in two warm-up T20 matches, the first at Stirling Oval in Canberra Oct 21 and again a day later at Manuka Oval. 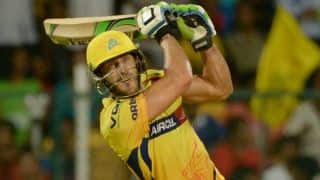