Riding on Steve Smith‘s twin centuries on Test comeback and some terrific bowling from offspinner Nathan Lyon, Australia pummelled England in the Ashes opener at Edgbaston to take a 1-0 lead in the five-match series on Monday.

Smith, playing in his first Test since a year-long ban for his role in ball-tampering scandal last year, scored two match-defining centuries. In the first innings, his 144 helped Australia recover from a precarious 122/8 to 284-all out. Then in the second dig, he scored 142 to put his team in control.

“Well played Smith. What a way to make a comeback to Test cricket,” Tendulkar wrote on his official Twitter account after Australia recorded a massive 251-run win.

He added, “Terrific bowling by @NathLyon421. Congratulations to Australia for winning the first Test match.”

Well played Smith. What a way to make a comeback to Test cricket.

Congratulations to Australia for winning the first Test match.#Ashes pic.twitter.com/qH0aMLvQAN

Talking about his performances, Smith told BBC, “It feels pretty special, winning the first Test in England is really special. It feels great, I’m loving being back playing cricket for Australia, doing what I love and contributing to wins.

He added, “To score two hundreds in a match — the first time I’ve done that in any form of cricket in my life — is very special and I’m very proud.” 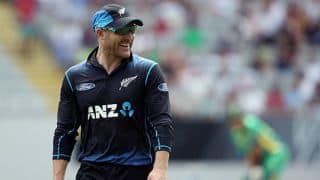 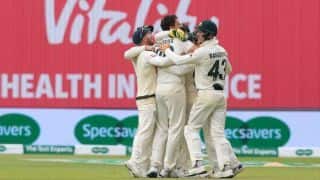