Whatever I am Today is Because of Sourav Ganguly: Virender Sehwag

Whatever I am Today is Because of Sourav Ganguly: Virender Sehwag

Virender Sehwag has paid glowing tributes to Sourav Ganguly whom he credits for shaping his career. Virender Sehwag has paid glowing tributes to newly-elected BCCI president and former India captain Sourav Ganguly for shaping his international career. Sehwag has recalled the time when Ganguly asked him to open the innings assuring the then upcoming Delhi batsman of fair chances to prove his worth.

Sehwag began his international career as a middle-order batsman but on the advise of the then captain Ganguly, he was promoted up the order, a decision that proved career-defining. He went on to scored 8586 runs in Test cricket and 8273 runs in ODIs, becoming one of the most feared opening batsmen across formats.

In fact, he is considered to have redefined opener’s role in Test cricket, a format in which he has two triple centuries

“Dada (Ganguly) had a big role to play in my shift to the top of the order,” Sehwag told The Indian Express. “It all started with him asking me to open. My reaction was simple: “Why aren’t you opening, even you open, even Sachin (Tendulkar) opens?”

Sehwag continued, “He explained to me that the opening slot was vacant, so if I take it, my place in the side will be guaranteed. But in case I was against the idea and wanted to stick to the middle order, he explained, I would have to wait for someone to get injured. But what convinced me was his very practical suggestion that he was to give me later. He said, “I will give you three to four innings as an opener. Even if you fail, you will continue to play. And before I drop you, I will again give you a chance in the middle (order).”

Sehwag, 41, says his achievements on the cricket field are all because of Ganguly. “It was a very fair treatment. It’s this clarity that makes a player trust his captain. That gave me a lot of confidence. I thought, Dada is backing me so much, so let me try. Whatever I am today, it is because of him,” he said. 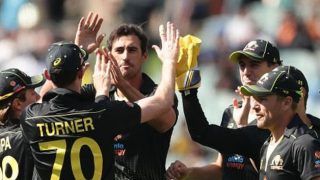