India take on Australia in the fourth and final Test of the Border-Gavaskar Trophy 2016-17 at the Himachal Pradesh Cricket Association (HPCA) Stadium, Dharamsala. Australia stunned the world when they won the first Test at Pune by 333 runs. But India bounced back well in the second Test at Bengaluru by 75 runs to level the series at 1-1. However, the incident involving Australia skipper Steven Smith, when he consulted the dressing room for a DRS review, took centre stage after that match. India captain Virat Kohli, after the match, said that he has seen Australian players look at the dressing room on more than one occasion during a DRS review, for which he has not provided any concrete proof yet. FULL CRICKET SCORECARD: India vs Australia, 4th Test at Dharamsala

In the third Test at Ranchi, both teams played excellent cricket, but it eventually ended up being a draw. Cheteshwar Pujara entered the record books as he became the first Indian to face over 500 deliveries in a Test innings. His 202 and a 199-run stand for the seventh wicket with Wriddhiman Saha (117) ensured India got a first innings lead after Australia scored 451, courtesy of an unbeaten 178 from Smith. Glenn Maxwell on his return to test cricket scored 104, which helped Australia put on a good score on the board. The Indian openers KL Rahul and Murali Vijay scored 67 and 82 respectively to give India a good start. Not to forget, Ravindra Jadeja s valiant contribution of 54, coming in at No. 8.

However, Kohli s poor run of form continued as he was dismissed for 6. He had suffered a shoulder injury while fielding and went off the field after that, leaving Ajinkya Rahane to lead India in his absence. Kohli was back on the field to lead India in Australia s second innings, but despite having a go for 100 overs, India could get only 6 wickets. Peter Handscomb and Shaun Marsh applied themselves beautifully and scored patient fifties to deny India the win. Maxwell was spotted mocking Kohli s shoulder injury, mimicking him by holding his shoulder. READ: Shreyas Iyer called in as cover for Virat Kohli for 4th India vs Australia Test

When is the 4th Test between India and Australia?

Where will the India vs Australia 4th Test be played?

The fourth Test will be played at the Himachal Pradesh Cricket Association (HPCA) Stadium in Dharamsala.

Where to watch India vs Australia 4th Test match live on TV?

What time does the live coverage of the India and England 2nd T20I start?

The live telecast of the fourth Test between India and Australia at Dharamsala will start at 9 AM (IST).

Where can you follow the India and England 2nd T20I match online?

The live cricket streaming of the fourth Test of the Border-Gavaskar Trophy 2016-17 between India and Australia at Himachal Pradesh Cricket Association (HPCA) Stadium in Dharamsala will be available on Hotstar. READ: Thakur lashes out at Cricket Australia for targetting Kohli

Mumbai batsman Shreyas Iyer has been called in as cover for Kohli for this Test. Iyer has been in good form in the domestic circuit over the last three years and in fact finished all the three seasons as his team s top-scorer. He scored 1,321 runs in the Ranji Trophy 2015-16 at 73.38 at a strike rate of 92.7. He also scored a superb hundred against Bangladesh in a tour match and followed that up with a brilliant double-ton against the touring Australia in the warm-up match, due to which he has been picked in the side. If Kohli were to sit out, Shreyas could make his Test debut at Dharamsala, which will host its first ever Test.

A win or a draw in this match for Australia will ensure that they retain the Border-Gavaskar Trophy. However, India need to win this match to regain the trophy from Australia. After a successful comeback to competitive cricket, it was expected that India fast bowler Mohammed Shami will be drafted in the side. However, he has been declared unfit to play the five-day format after he picked up 4 wickets in the Vijay Hazare trophy 2016-17 final for Bengal against Tamil Nadu just a few days back. India might be tempted to play five bowlers in this Test. However, whether they play chinaman bowler Kuldeep Yadav or swing bowler Bhuvneshwar Kumar is to be seen. More important question is, who do they leave out. READ: Waugh: See a bit of Ponting and myself in Kohli’s captaincy

Australia, on the other hand, are considering bringing in Jackson Bird to the playing XI in place of slow left-arm spinner Steve O Keefe, who bamboozled the Indian batsmen in the first Test at Pune. Inclusion of Bird will mean that Australia will go in with three quicks and a spinner, with the part-time off-spin of Maxwell being used a lot. 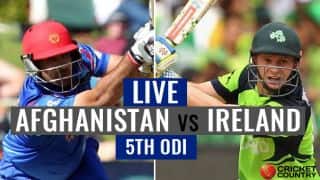 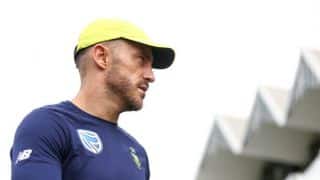