India after demolishing England in the five-Test series 4-0, are set to venture out against their eastern neighbours Bangladesh in a one-off Test. The one-off Test will be played at Rajiv Gandhi International Stadium situated in Hyderabad. This is the first time that Bangladesh has toured India to play a Test. Both teams earlier clashed in a one-off Test at Fatullah in 2015, which ended in a draw, a washout rather. India and Bangladesh have in all played 8 Tests against each other, with the former winning 6, while only 2 matches ended in a draw. So far, all the Tests between these two neighbours have been played in Bangladesh only. FULL CRICKET SCORECARD: India vs Bangladesh, One-off Test at Hyderabad

India led by Virat Kohli, will be eager to keep their winning momentum going after wins against New Zealand and England at home. This series against Bangladesh will act as a perfect practice for an upcoming four-Test series against Australia later in the month. Kohli, has a well settled team with only few holes to fill-in. The opening order conundrum still continues with as many as three-players vouching for a place. KL Rahul and Murali Vijay will most definitely be under pressure to perform well with returning opener Abhinav Mukund warming the bench.. With Ajinkya Rahane and Karun Nair in the side, things are surely heating up for the middle order slot.

When is the one-off Test between India and Bangladesh?

Where will the India vs Bangladesh one-off Test be played?

The one-off Test will be played at the Rajiv Gandhi International Stadium, Hyderabad.

Where to watch India vs Bangladesh one-off Test match live on TV?

What time does the live coverage of the India vs Bangladesh one-off Test start?

The live telecast of the one-off Test between India and Bangladesh at Hyderabad will start at 9.30 (IST).

Where can you follow India vs Bangladesh one-off Test online?

The live cricket streaming of the third match of the one-off Test between India and Bangladesh at Rajiv Gandhi International Stadium in Hyderabad will be available on Hotstar.

India’s bowling looks well oiled with Ravichandran Ashwin and Ravindra Jadeja handing spinning duties with Umesh Yadav and Bhuvneshwar Kumar leading the pace-attack. India’s progress did hit a roadblock when leg-spinner Amit Mishra was ruled out two-days prior to the match. He sustained a knee injury, which Mishra suffered while fielding during the third and final Twenty20 Intertnational (T20I) against England on Wednesday. Left-arm Chinaman Kuldeep Yadav was roped in the squad. Indian in their arsenal also have Jayant Yadav, who can be quite deceptive with the ball. India vs Bangladesh one-off Test: Statistical preview

Bangladesh, on the other hand, have plenty of problems of their own to deal with key players missing out. Their premier fast bowler Mustafizur Rahman was dropped from the one-off Test after Bangladesh selectors’ decided to give him rest. Opener Imrul Kayes who was injured during the second Test versus New Zealand, suffered an injury while fielding in the two-day tour match against India A at the Gymkhana ground.

Bangladesh surprisingly have called in middle-order batsman Mosaddek Hossain, who was present for the ODIs and T20Is against New Zealand and was overlooked for Tests. Bangladesh, bowling with the addition of Shafiul Islam provides itself with as many as four pace options in Kamrul Islam Rabbi, Taskin Ahmed and Subhashis Roy also in the side. Shakib Al Hasan, Mehedi Hasan and Taijul Islam are the spin options, who will play a key role on a spin-friendly track. 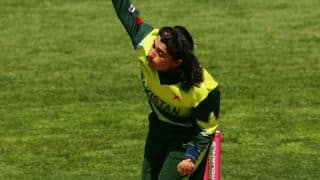 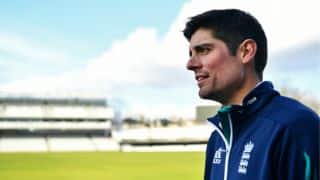 Alastair Cook vows to bat on despite resignation