Andrew Symonds claimed that Harbhajan Singh accepted his mistake personally to him during their stint with the Indian Premier League franchise Mumbai Indians.

Former Australia international Andrew Symonds on Sunday claimed India offspinner Harbhajan Singh broke down while apologising to him for his behaviour during an ugly incident during Sydney Test in 2008.

Symonds had alleged Harbhajan called him monkey during an on-field verbal spat which the Indian vehemently denied.

Hours after the story broke, Harbhajan took to his official Twitter handle to dismiss breaking down in front of the Aussie world cup winner.

WHEN DID THAT HAPPEN ??? BROKE DOWN ???? WHAT FOR ??? Harbhajan broke down when apologising for ‘monkeygate’ – Symondshttps://t.co/eQFeETVChy

I thought he was a very good cricketer but Symonds has turned out to be a good fiction writer – he sold a story then (2008) and he is selling a story now (2018). Mate, the world has come of age in these 10 years and it s time you also grew up

Symonds said that the pair made up after Harbhajan accepted his mistake personally to him during their stint with the Indian Premier League franchise Mumbai Indians.

We go to a very wealthy man s place for a barbecue, drinks and dinner one night and the whole team s there and he had guests there, and Harbhajan said mate, can I speak to you for a minute out in the garden out the front , Symonds told Fox Sports in an interview.

He goes, look, I ve got to say sorry to you for what I did to you in Sydney. I apologise, I hope I didn t cause you, your family, your friends too much harm and I really apologise for what I said, I shouldn t have said it .

And he actually broke down crying, and I could just see that was a huge weight off his shoulders, he had to get rid of it. We shook hands and I gave him a hug and said: Mate, it s all good. It s dealt with .

Harbhajan had was charged with racial abuse and suspended for three matches. But the ban was overturned when India threatened to quit the tour in what was an all-time low in India-Australia cricket relations. 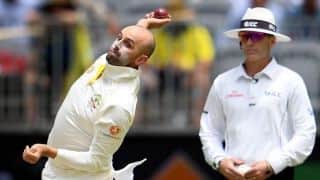