MS Dhoni is the only captain till date in international cricket, who has won all tournaments organised by the International Cricket Council (ICC).

MS Dhoni is the only captain till date in international cricket, who has won all tournaments organised by the International Cricket Council (ICC). Dhoni, who was heralded as the Indian captain right before the ICC T20 Cricket World Cup 2007, began his captaincy tenure with one of the most memorable wins of his chequered career. The inaugural T20 World Cup turned out to be one of the most entertaining editions, with India and Pakistan clashing twice and Dhoni’s men winning on both the occasions. Four years later, in 2011, Dhoni guided India to their second win in 50-over World Cup tournaments, when his side trumped Sri Lanka in the final at Mumbai. ALSO READ: MS Dhoni – the hero, the villain

Three years ago, on this very day, India beat England by five runs to lift the ICC Champions Trophy 2013. With this victory, Dhoni completed his set of ICC trophies, and thus becoming the first captain to win all the major ICC championships. His journey to success started in 2007, when he was made the Indian skipper for the inaugural ICC T20 World Cup. And he, along with a young and enthusiastic side, won the tournament, beating Pakistan in the final. ALSO READ: Why calls for MS Dhoni’s retirement must stop

Dhoni’s feat in the T20 World Cup 2007 and the backing of senior players such as Sachin Tendulkar helped him become the ODI skipper later that year, and Test skipper in 2008. It was under his captaincy that India topped the rankings in all the three formats. Under Dhoni, India were also the world No. 1 team in Test cricket, a feat which was achieved for the very first time in their history.

As far as captaincy record is concerned, Dhoni is easily the best Indian skipper ever as far as numbers are concerned. In 60 Tests as captain, he won 27, and lost 18. Dhoni’s record in limited-overs cricket remains enviable, as in 194 ODIs as captain, Dhoni has won 107. In 70 T20Is — most for any international captain — Dhoni has 40 victories.

Former BCCI President does not agree with Sourav Ganguly, believes Greg Chappell was the right candidate then 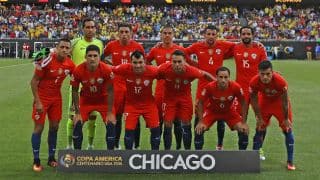