It is strange considering the number of Tests he played

Considered to be the ‘God of Cricket’ among his innumerable fans, former batting great Sachin Tendulkar was stumped merely once in the 200 Tests he played in his illustrious career. It is strange considering the number of Tests he played, but it also goes to show his clear thought process. The incident took place 20 years back when India played England in the third Test at Bangalore.

Tendulkar was nearing a hundred and looked to be cruising to it. That is when former English spinner Ashley Giles resorted to negative tactics looking to keep a lid on the quick runs Tendulkar was scoring. Giles started coming over the wicket and bowl way outside the leg stump, forcing Tendulkar to pad to deliveries. But, Tendulkar did not want to get bogged down and he took a chance.

Giles gave the ball ample loop as Tendulkar danced down the track and went for it, unfortunately, he missed the ball and was way down the wicket. He could not recover and make it back on time as James Foster whipped the bails off. Tendulkar had to make the long walk back for 90.

Batting first, England posted 336, whereas India scored 238 runs which gave the tourists a lead of 98 runs. The match ended in a draw as Andrew Flintoff was named the man of the match as he picked up four crucial wickets. 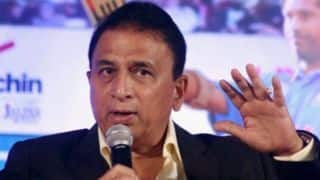 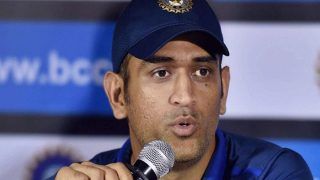 When MS Dhoni Stumped All by Walking Into a Press Conference With Entire Indian Team!