Virat Kohli has already scored two half-centuries and a century in the first three ODIs against Australia in the ongoing series.

Indian batsman Virat Kohli has promised the Pakistani legend Wasim Akram that he will be scoring not one but two centuries against Australia, in their ongoing series Down Under.  Kohli smashed his 24th century of his One-Day International (ODI) career — first against Australia in Australia — on Sunday to help India score 295 for 6 in their third match. India are touring Australia for a five-match ODI series and three-match Twenty20 International (T20I) series, which began on January 12 and will end on the 31st. India have already lost the ODI series 0-3 to Australia, with their batsmen putting up strong shows only to be spoiled later on by the Australians. FULL CRICKET SCORECARD: India vs Australia 2015-16, 3rd ODI at MCG.

Kohli had not scored a single half-century against Australia before the start of the series, and he had played seven matches against Australia in their backyard. But he has been in terrific form in this series, as Kohli has already scored two half-centuries and a century in the first three ODIs. ALSO READ: India’s haplessness jeopardising the impending end of MS Dhoni’s career

In the first ODI at Perth, Kohli scored 91 and missed out on a deserving century. In the second he was run out for 56 and in the third the right-handed batsman crossed the 100-run mark as he ensured India score a good total at Melbourne. MS Dhoni defends Indian batsmen after Glenn Maxwell suggests they are ‘milestone-driven’

Akram is in Australia for commentary stint, and the former Pakistan captain revealed that he had a word with Kohli after the first ODI at Western Australia Cricket Association (WACA) in Perth, when the Indian batsman was dismissed for 91.

Kohli, during their conversation after the first ODI, promised Akram that he will make two centuries to make up for what he had missed out on. Akram said, “I met him [Virat Kohli] at the WACA after the game. I told him ‘bad luck you missed a hundred. He replied, ‘Wasim bhai, I will make sure to score 2 (centuries) in the series.”

India and Australia will clash next in the fourth ODI at Canberra on January 20, and the fifth and final ODI will be played at Sydney on January 23. 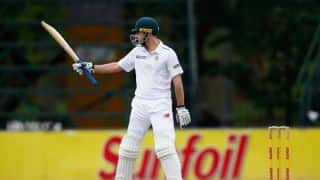 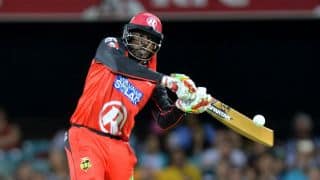