Azeem Rafiq, a former England U-19 and Yorkshire captain, said he "lost faith in humanity" after his reports of racist behaviour were "ignored" by the club.

Former England U-19 captain Azeem Rafiq has claimed that he was “close to committing suicide” during his stint with county side Yorkshire, accusing the club of being institutionally racist.

The off-spinner, who was born in Karachi and also captained the club, said he felt like an outsider and lost “faith in humanity” after the club turned a blind eye to his complaints of racist behaviour during his stint from 2016 to 2018.

“I know how close I was to committing suicide during my time at Yorkshire. I was living my family’s dream as a professional cricketer, but inside I was dying. I was dreading going to work. I was in pain every day,” Rafiq told ‘ESPNCricinfo’.

“There were times I did things to try and fit in that, as a Muslim, I now look back on and regret. I’m not proud of it at all. But as soon as I stopped trying to fit in, I was an outsider,” he added.

The 29-year-old claimed “institutional racism” at the club, which has not offered a response so far.

“There were no coaches on the staff from a similar background who understood what it was like.

“It’s obvious to anyone who cares that there’s a problem. Do I think there is institutional racism? It’s at its peak in my opinion. It’s worse than it’s ever been,” Rafiq alleged.

“I believe the club is institutionally racist and I don’t believe they are prepared to acknowledge the fact or willing to change,” he added.

A board member of the club has spoken to Rafiq and a report will be filed on the mater.

“Someone called me a week or so ago. It was made very clear that the conversation we had was as friends and not in any official capacity. It now seems it was an attempt to show they were doing something. I feel quite misled, to be honest,” Rafiq said.

Rafiq recalled a few instances when the club failed to take any steps against racist behaviour, including when the England and Wales Cricket Board (ECB) disciplined its player for an on-field outburst.

“But instead of the club disciplining him, a board member employed Luis Suarez’s lawyers to ensure he got off. What was I meant to think of that?” he asked.

Rafiq also claimed Yorkshire used the death of his stillborn son to release him from the club.

“I took my son straight from the hospital to the funeral.”

“Yorkshire told me they would look after me professionally and personally. But all I heard after that was a short e-mail. I was told I was being released. I felt it was used against me, really. The way it was done was horrible.

“It killed me for a while. I lost all trust in anything and anyone. I’d spent the best part of a decade around those people. I thought they had my best interests at heart. I lost faith in humanity,” Rafiq said. 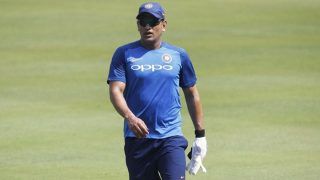 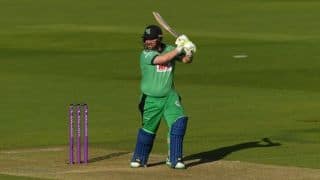