Why Deepak Chahar Might Lose All Of His IPL 2022 Salary Of ₹14 Crore? | EXPLAINED

Why Deepak Chahar Might Lose All Of His IPL 2022 Salary Of ₹14 Crore? | EXPLAINED

Chennai Super Kings pacer Deepak Chahar was ruled out of IPL 2022 due to a back injury and now there is every possibilty that he might lose out on all the money for IPL 2022 season.

Mumbai: Chennai Super Kings pacer Deepak Chahar was ruled out of IPL 2022 due to a back injury. To make matters worse, the CSK pacer might lose out a major chunk of his IPL 2022 salary if not all of it, now that it has been officially confirmed that he will not be a part of this season. Chahar was picked up for 14 crores in the IPL mega auction held in the month of February in Bengaluru, making him the second most expensive buy after Ishan Kishan, who went to Mumbai Indians.

Known for his swing and knuckle-ball and with a big season international season coming up, the Agra-born pacer would be eyeing a spot in India’s World Cup squad for the T20 World Cup to be held in Australia later this year.

Chahar has been a key player for CSK in the past couple of years and his absence has already hurt the balance of the Ravindra Jadeja-led side in the ongoing IPL. His potential return to IPL 2022 was ruled out after he recently suffered a back injury during his rehabilitation at the National Cricket Academy (NCA) in Bengaluru.

The 29-year old had also suffered a quadricep tear during India’s T20I series against the West Indies in February and the pacer has been at the NCA for more than a month now, recovering from his injury.

As per the IPL rules, the auction amount of the player is called his salary and the tax is also deducted accordingly. This entire amount goes into the player’s account, according to a report in ndtv.in.

Explained: Possibilities Of Why Deepak Chahar Can Lose Out On All The Money For IPL 2022

The auction amount is for one year. For example, if a player is bought for Rs 14 crore, he will get this amount every year and Rs 42 crore will be paid to him for three years. If a player remains available for the entire season, he gets paid the full amount. It doesn’t matter how many matches he plays.

In 2013, Australian limited-overs specialist Glenn Maxwell was bought by Mumbai Indians for around Rs six crore. Though he played only three matches, he got paid in full. But in the event of a player getting injured before the start of the season, the franchise does not pay him any amount. If a player is available for a certain number of matches in the season, usually 10 per cent of the total amount is paid, according to the report.

If a player reports for the team camp and gets injured before the start of the season, and does not take part in any further matches, he still gets 50 per cent of the auction amount. If a player gets injured during the tournament, the franchisee bears the cost of his treatment. 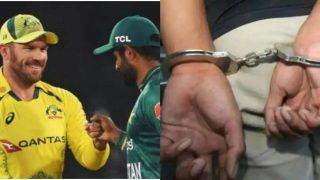 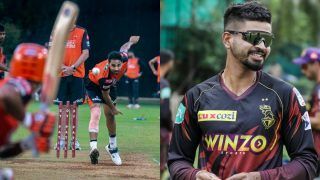