Mumbai's Shardul Thakur had an impressive start to his ODI career, ending with figures of 1 for 26 from his 7 overs.

Is it the Mumbai connection? Jersey no. 10 maybe worn by a little man, but a man of immense stature Sachin Tendulkar. Mumbai’s Shardul Thakur had an impressive start to his ODI career, ending with figures of 1 for 26 from his 7 overs. However, it was not his performance that caught the attention. Thakur was seen wearing jersey No. 10. This jersey has always been associated with the Little Master. When fans caught hold of Thakur s jersey, BCCI along with Thakur faced backlash from ardent Tendulkar fans.

While fans were busy ranting about how undeserving Thakur was to wear such a prestigious number jersey, Harsha Bhogle found an interesting fact while commentating in the fourth ODI. He also noticed that the initials shared between the two players not only hails from Mumbai but have same initials ST.

Till date no one was seen spotting the same jersey number before Shardul. Even IPL franchise Mumbai Indians, for whom Tendulkar played, had retired the jersey number as a mark of tribute to the legend. However, the pacer revealed after match the secret behind wearing No. 10 jersey, My birth date s sum total is 10 which is why I chose the number for my jersey as well. The medium pacer became the 218th player to play ODIs for India. He was also part of the squad that toured the West Indies in 2016 but didn t get a chance to play. He has 169 First-Class wickets to his name apart from 55 wickets in List A cricket.

Before the fourth ODI went underway, Thakur had received his cap from another Mumbai stalwart, Ravi Shastri, who is now the Head Coach of the side. But before that MS Dhoni, who appeared in his 300th ODI, was felicitated with a platinum bat from Virat Kohli and co. 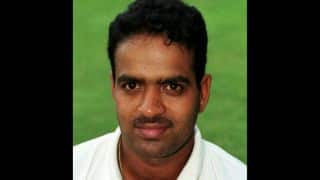 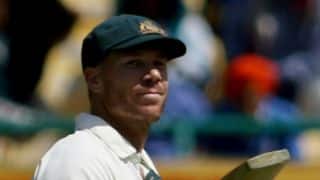