While Australia might have pulled off one of the most memorable draws in Test history last week in Dubai, their captain Tim Paine wants his team to not treat is as cause for celebration.

While Australia might have pulled off one of the most memorable draws in Test history last week in Dubai, their captain Tim Paine wants his team to learn from it and not treat is as cause for celebration.

Paine dug deep to remain unbeaten on 61 off 194 as Australia finished on 362/8 on the fifth and final day, denying Pakistan. However, as he made his way back to the dressing room, he gestured his teammates to curb their celebrations.

Paine’s mind wandered off the the 2005 Ashes series in England where Australia managed a draw in Manchester thanks to a century from captain Ricky Ponting. The then England captain Michael Vaughan said after watching their opponents celebrate a draw, they knew they had them under the pump. As it turned out, England went on to win the series.

“Just when I saw a little bit of it [the celebrations] spilling out the door, I think it was the Forged In Fire documentary we watched last year during the Ashes, and Michael Vaughan said after one of the Tests that he felt as an opposition captain that they had them when he saw them celebrating a draw, Paine was quoted as saying by WAtoday on Tuesday.

I’ve seen that myself before. I think we were clearly pretty excited by what we’ve been able to achieve because it doesn’t happen too much, but you’ve got to keep a bit of perspective on it and realise that we had been outplayed particularly over the first few days.

Paine, who is leading Australia for the first time as a full time captain in a Test series, has greater ambitions to prove critics wrong who have given them little to no chance against Pakistan in UAE.

And while it was great we did fight back, a draw is a draw and we’re here to win. It’d be a massive thing for any Australian side and for this one in particular. Touched on it last week that not many people gave us a chance over here, which is a great opportunity for us to prove people wrong and a great thing to keep driving us.

He further added, “We’re trying to get better every day and if we manage to play our best next week maybe that is possible. But we’ve got to turn up for a really tough match, it’s going to last five days and we’ve got to be on for all of those five days and every session.

Last week when we dropped the ball a little bit for a session, the game can be taken away from you really quickly here. We’ve got to take it, as boring as it is, a day at a time, a session at a time and if we do that, we know we’ll be right in it at the end. 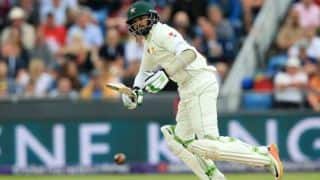 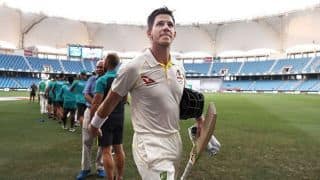