West Indies Cricket Board (WICB) directors are seeking a meeting with their Indian counterparts in a bid to minimise the potentially colossal consequences of the unprecedented abandonment of the tour of India by the Caribbean side last week.

The West Indies cut short their tour last Friday because of an internal pay dispute, even though the fifth one-day international, a Twenty20 match and three Tests still remained to be played.

India retaliated by cancelling a tour scheduled for February and March 2016 to play three Tests, five one-dayers and a Twenty20 international.

The Board of Control for Cricket in India (BCCI), one of the richest bodies in world cricket, said earlier on Tuesday it would “initiate legal proceedings” against the West Indies but gave no details. Some initial estimates have stated the BCCI’s losses on the India tour at $65 million.

Fighting a costly legal action is not something the WICB can afford while, given India’s tours generate huge sponsorship money for the host nation due to the country’s large cricket-viewing population, cancellation of the February-March fixtures threatens to be financially devastating for Caribbean cricket.

Following an eight-hour emergency meeting in Barbados later on Tuesday, the West Indies Cricket Board (WICB) issued a brief statement saying they were “deeply embarrased” by recent events and said a Task Force comprising “critical stakeholders”, would be established to review the premature end of the tour.

Another former West Indies captain, Clive Lloyd, was in India as well in his capacity as chairman of selectors and should be expected to provide his input on the factors that contributed to the rapid deterioration of relations between the players, the West Indies Players’ Association and the WICB.

With the abandonment raising fears about whether the West Indies can fulfil assignments in the near future, the WICB will try to assure authorities in South Africa that the series there of three Tests, one T20 International and five One-Day Internationals due to take place in December and January will go ahead as planned.

Acknowledging it was “mindful” of the decisions taken by the BCCI, the statement issued by the WICB — who did not, as previously indicated, hold a media conference — said in the light of a decades-long good relationship with their Indian counterparts, they looked forward to meeting them to discuss decisions which “can have serious implications for West Indies cricket”.

In striking a hopeful note, the WICB added it “believes that a way can be found to repair the damage that has been caused and to ensure that similar events do not recur, with the focus being on the betterment of West Indies and world cricket”.

That appears easier said than done, however, given the bitterness in the communication between Bravo, WIPA president Wavell Hinds and WICB president Dave Cameron in the days preceding the abandonment of the tour.

Central to the dispute is the signing of a new Collective Bargaining Agreement/Memorandum of Understanding between the WICB and WIPA in September that, according to Bravo, slashes the earnings of players in the senior men’s team by as much as 75 percent.

Accusing Hinds of co-signing the agreement with Cameron without proper consultation with the players, one-day captain Bravo advised the WICB head that his team no longer recognised the WIPA boss and his executive as representing their interests.

Instead he requested that the governing body liaise with representatives of the disgruntled players’ choosing, although those individuals have yet to be identified.

This request was rejected by Cameron, triggering the decision to discontinue the tour.

Amid concerns that Bravo and a few other players may have jeopardised their contracts with franchises in the Indian Premier League by their action, the chairman of the IPL, Ranjib Biswal, stated in Hyderabad on Tuesday that Caribbean cricketers were still welcome to participate in the sport’s most lucrative cricket competition. 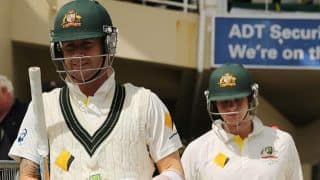