The West Indies Cricket Board (WICB) has announced the suspension of star women’s player Deandra Dottin for breaching the Code of Conduct during a Twenty20 match last year.

Dottin, the first woman to score a century in Twenty20 International cricket, will miss the upcoming tour to New Zealand as part of her suspension.

She will also undergo counselling, monitoring and evaluation for 12 months.

“The charge was that under Rule No. 6 of the WICB’s Code of Conduct she did engage in behaviour unbecoming that could bring the game of cricket into disrepute or be harmful to the interests of cricket,” said a statement released by WICB Monday.

“On December 16, 2013 Dottin met with the WICB’s Disciplinary Committee where on review of the presentations and evidence presented to the Tribunal she was found guilty of the charge.”

Despite her misconduct, she was named Player Of The Series as the West Indies beat England to win the Twenty20 International tri-series on home soil.

Dottin has apologised for her actions and will be allowed to meet two of her biggest cricketing idols ‘as a means of mentorship’, the WICB statement said.

Earlier in that tournament, she hit 112 not out against South Africa to become the first woman to reach three figures in a Twenty20 International. 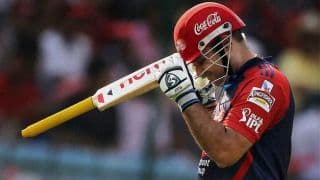