An emotional Warner also said he realised he may never play for his country again.

Sydney: Former Australia vice-captain David Warner apologised in tears Saturday for his role in a ball-tampering scandal and said he would weigh up an appeal against his 12-month ban. An emotional Warner said he realised he may never play for his country again. But he stonewalled questions about who was aware of the ball-tampering and whether it was the first such incident within the team. Warner, 31, told a media conference in Sydney: “I can honestly say I have only wanted to bring glory to my country through playing cricket.

“In striving to do so I have made the decision which has had the opposite effect and it’s one that I will regret for as long as I live.” Captain Steve Smith and Warner were banned from international and domestic cricket for a year over the incident, while opening batsman Cameron Bancroft was suspended for nine months. Coach Darren Lehmann also quit following one of the most damaging scandals to ever to hit Australian cricket.

Bancroft was caught on camera trying to use yellow sandpaper to alter the the ball in the third Test against South Africa in Cape Town. But Warner was charged by Cricket Australia with developing the plot and telling Bancroft to carry it out. When questioned about a possible appeal, Warner said: “That’s something that I will continue to sit down with my family and weigh up all my considerations before I make any decisions.”

Warner, who struggled to control his emotions during his 10-minute media conference, apologised to both teams, their fans, Cricket Australia and his family, including his wife Candice who was also crying as she watched from the media seats.

But when asked for further details of the plot, such as whether it was his idea, who else was aware and whether it had happened before, he avoided the question. “I am here today to accept my responsibility for my part and my involvement for what happened in Cape Town,” Warner said.

“It’s inexcusable, I am deeply sorry. I will do everything I can to earn back the respect of the Australian public.”

Warner, who has played 74 Test since his debut in 2011, said he would be seeking ways to make character changes. Warner, who has been described as the team’s “attack dog”, was also banned in 2013 after punching England’s Joe Root in a bar.

“I suppose there is a tiny ray of hope that I may one day be given the privilege of playing for my country again, but I am resigned to the fact that may never happen,” he said. “But in the coming weeks and months I am going to look at what has happened and who I am as a man. To be honest, I am not sure right now how I will do this, I will seek out advice and expertise to make serious changes.”

Warner called it a “horrible” decision, adding: “I failed in my responsibilities as vice-captain of the Australian cricket team.”

The fallout from the crisis has seen Warner dumped by sponsors ASICS and LG. Along with Smith, he has also been ejected from this year’s Indian Premier League, losing contracts worth nearly US$2 million each. 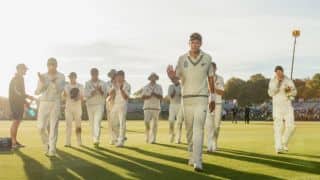 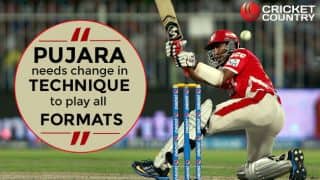