There have been reports that the BCCI is eyeing a September 26 start for IPL and hopes to conclude the season by November 7.

New Zealand pacer Trent Boult has said that the situation regarding the future of IPL this year is changing every week and keeping in mind the coronavirus pandemic, he will wait before finalising a decision whether to participate in or skip the T20 league.

Following the ICC announcement on Monday that it has postponed the Men’s T20 World Cup slated to be held in October-November, door has opened for conducting IPL which has been suspended due to the ongoing health crisis.

There have been reports that the BCCI is eyeing a September 26 start and hopes to conclude the season by November 7. On Tuesday, Brijesh Patel, the IPL chairman, confirmed that the league will be held in the UAE and the board is currently in the process of securing permission from the Indian government.

Boult was traded to Mumbai Indians ahead of the auction last December where he will team up with countryman Mitchell McClenaghan.

“I’ll talk to the right people and then make that decision on what’s best for me, best for my cricket and obviously what’s best for my young family…there’s obviously a couple of other New Zealanders involved in that tournament – but it’s just going to have to be one of those ‘time will tell’ kind of things,” he added.

New Zealand cricketers have started training in batches and Boult is eager to be back playing competitive cricket but feels that it will be some time before fans are permitted back into the stadiums.

“I want to be out there playing and doing the things that I know how to do …but it still looks like it’s going to be a wee while before crowds are screaming at us and being right behind us but I can’t wait as it’s been a long time between overs – no-one wants to be stuck inside a tent in the middle of winter training,” the 30-year-old said. 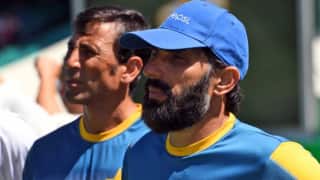 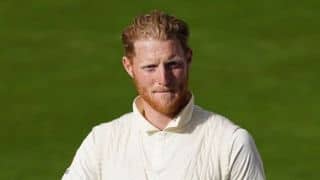