Speaking to Cricbuzz, the 32-year-old legspinner mentioned that despite Australia possessing quite a few fresh faces in their ranks, Pakistan cannot afford to take them lightly.

Pakistan legspinner Yasir Shah is looking forward to usi9ng his BBL stint to advantage for the Test series against Australia. Shah, who played for Brisbane Heat last year, and picked up five wickets in seven games, shared the dressing room with the likes of Matt Renshaw and Marnus Labuschagne. The two are likely to play for this new-look Australia side, and Shah, having bowled to them in the nets, would want to use that experience to get the better of the two Australian batsmen, and more.

Speaking to Cricbuzz, the 32-year-old legspinner mentioned that despite Australia possessing quite a few fresh faces in their ranks, Pakistan cannot afford to take them lightly. Coach Justin Langer confirmed Aaron Finch and Travis Head to make their Test debuts for the first Test beginning Sunday and expect Shah to come out all guns blazing.

“Yes, it is a new-looking team, but there are three or four guys that I have played with at the Brisbane Heat and that is certainly to going to help me when it comes to planning. I have seen enough of the other players and also playing against them during my stint in Australia so I know what to expect,” Shah said.

“Someone like Aaron Finch is a real aggressive batsman, others are different, but at the end of the day if I can execute my plans diligently I can deceive them. At the end of the day I know what has worked for me in these conditions and the way I have bowled in the past, I know if I can repeat that then I can be successful.”

This will be Australia s first Test since the series against South Africa in March, during which the ball tampering scandal broke out, resulting in 12-month bans for Steve Smith, David Warner and a nine-month suspension for Cameron Bancroft. With Smith and Warner out, Australia s batting will be in for a challenge against Pakistan on their home ground. However, it was evident through the warm-up game that the new faces in the Australian team have the firepower and are more than capable of playing at the international level.

“Everyone is calling them an inexperienced team because Warner and Smith are not there, but a lot of the guys have played a fair bit of first-class cricket and some of course international cricket,” Shah said. “Having spent time in Australia, I know how competitive Australian first-class cricket is, so we are not underestimating their batsmen at all. We are expecting to be a real tough series.”

Shah was disappointing for Pakistan when they toured Down Under in 2016, but turned in good figures in 2014, playing a key role in beating Australia 2-0 in the two-Test series with 12 wickets at an average of 17.13. Earlier this year, Shah missed the England Tests due to a hip injury but used his time away to focus on his fitness. A lot leaner now, Shah feels he is at the top of his game and health.

“I have been very conscious of being in good shape ahead of the series. I was watching my weight and had a specific diet during my recovery at the national academy,” he said. “It has been really hot in Dubai and I know I will need to bowl a lot of overs, so it was important I was ready for all the challenges. I feel refresh and I’m really delighted to be back playing Test cricket again.

“The pitches in Dubai are such that some balls will turn and some will go straight. It is important to be accurate and keep pitching the ball in the right place because the natural variation always makes it difficult for the batsmen.” 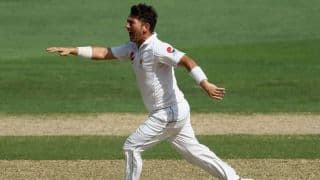 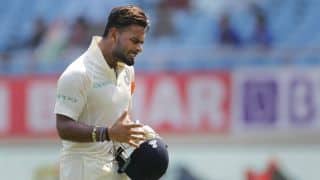