South Australia (SA) women fast bowler Megan Schutt feels that her team has a good chance to win the final of Women’s National Cricket League 2015 at Sydney on Sunday. According to the 22-year-old, New South Wales (NSW) women are no longer the favourites to win the final. According to Schutt she is sanguine that SA women will come out victorious and with it will end NSW women 10-year winning streak which started in 2005. Schutt was quoted by adelaidenow.com.au saying, “After last year’s loss to them in the final, we were all pretty keen to get out there and take it one step further. Beating them in the first round this season, we definitely believe that we can take it one step further. Hopefully we can play as well as we did against them last time.” READ: Megan Schutt’s 4-for puts Australia Women in command vs England in Ashes 2015 Test

Earlier, Schutt hadd helped SA women win their first game of this season by one run at WACA, by taking a hat-trick. On her taking a hat-trick she said, “But I had no idea about the hat-trick – that’s probably how I ended up taking it. It was Alex Price who came in afterwards and said it was a hat-trick, but at the time I didn’t really care too much because we still had five balls to bowl to win the game. Personally, I think we’re the best bowling attack in the country so that’s where we back ourselves, and our batters are in great form.”  Schutt is one of the finest woman cricketer produced by Australia. She has represented Australia in 20 ODIs, in which she has picked 30 wickets at an average of 20.90 with a good economy rate of 4.39 and a brilliant strike rate of 28.5. ALSO READ: Megan Schutt takes the ALS Ice bucket challenge 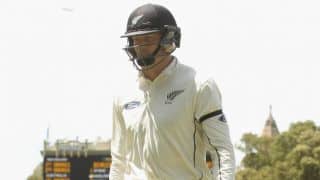