Kapil Dev made a bold statement of giving a reward of INR 1 lakh from his personal site to the best player emerging in this tourney.

New Delhi: While flagging off the second edition of the popular Wonder Cement Saath 7: Cricket Mahotsav 2017 at a glittering function, the legendary Kapil Dev made a bold statement of giving a reward of INR 1 lakh from his personal site to the best player emerging in this tourney. The award will be given at the finale to be held on December 24, 2017, at Udaipur. With the prize money pegged at Rs. 40 lakhs, 2017 s Wonder Cement Saath: 7- Cricket Mahotsav will have 48,000 participants and 300 tosses covering the states of Rajasthan, Gujarat and Madhya Pradesh. After 15 matches between the 16 shortlisted teams, one winning team will emerge as the Team of Tehsil. Tehsils’ teams will converge at the District Level and face each other to select the District Team. District Teams will converge at the Zonal level and Zonal Teams will meet at Udaipur for the playoffs. The final match will be played in Udaipur where the showdown will take place and the winner of the tournament will be announced.

* Unity in people across all states.

Wonder Cement Limited is a leading cement company catering to markets across the country pre-dominating the states of Rajasthan, Gujarat, Madhya Pradesh, Maharashtra, Delhi, Punjab, Haryana, Uttarakhand and Uttar Pradesh. Established in 2010 with its headquarters in Udaipur, Rajasthan, Wonder Cement Ltd is known for its high quality of products that reflect the enriched heritage of its parent company RK Marble, a leading name in the marble industry. The company with its plant located at Chittorgarh today produces 6.75 million tons per annum, thus occupying a prominent position in the industry. Special efforts are taken to ensure that the plant upholds the latest environmental norms with the help of reverse air baghouse, ESP and a number of nuisance bag filters to remain clean and dust free. The manufacturing unit is established with technical collaborations with Thyssenkrupp and Pfeiffer Ltd. of Germany. Wonder Cement is planning to further expand its current capacity to 10 million tons by setting up a third production line. 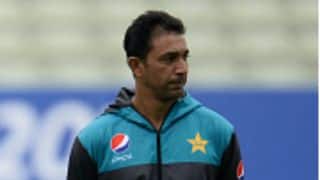 Azhar Mahmood: Pakistan are blessed to have young wicket-taking bowlers