Former India middle order batsman VVS Laxman contended that the team management should go in for two spinners and three seamers in the Lord’s Test against England. He also said that Hardik Pandya would not be in the mix for him and it would be bold to opt for Kuldeep Yadav if the team management indeed makes a call to that effect.

“I would go for 2 spinners, hence a 5-pronged bowling attack. Hardik Pandya would miss out for me; Ishant Sharma, Umesh Yadav and Mohammed Shami would be the three seamers. Ravichandran Ashwin would definitely be there and it is a toss up between Ravindra Jadeja and Kuldeep Yadav for the second spinner slot. It would be a bold move to pick Kuldeep at this moment and I’d say that the team management should go for Jadeja considering he had a good outing the last time he played at Lord’s in 2014. So, he would have good memories of performing well at the venue,” the former batting legend said speaking to ESPNCricinfo.

On England’s bowling attack, Laxman had pointed advice too. “James Anderson and Stuart Broad would do their job as they regularly do. For me, Chris Woakes walks in to the side as he is someone who is good enough. His best bowling figures till date is 6/70. The mantra for the English bowlers would be to pitch the ball and make the batsmen play more often as it would swing more when they do pitch up,” Laxman said.

He categorically stated that if it comes to the choice between Moeen Ali and Woakes, England should go for Woakes as it is a no-brainer. “If you ask the Indian batsmen, they would prefer playing the spin of Moeen anyday than the swing and seam of Woakes,” he signed off. 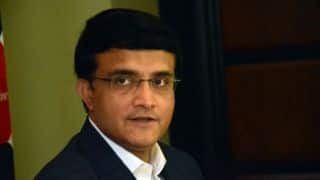