Former England captain Flintoff feels that off-field controversies can take a toll on a player's form.

Andrew Flintoff believes Ben Stokes can “steal the show” for England in a home season featuring both the World Cup and the Ashes.

For the first time since the inaugural men’s World Cup in 1975, England are staging arguably the two biggest events in their calendar — the one-day showpiece and a Test series against arch-rivals Australia — in the same season.

For a multi-format cricketer such as Stokes, a dynamic pace-bowling allrounder of a similar kind to the now-retired Flintoff, it could be a career-defining summer.

Stokes, however, has yet to hit the heights he showed before being acquitted of affray by an English court last year following an incident outside a Bristol nightclub in the early hours of the morning.

Flintoff believes Stokes’ bowling confidence may have been set back by being hit for four successive sixes by West Indies’ Carlos Brathwaite in the last over of the 2016 World Twenty20 final in Kolkata that England had been poised to win.

But Flintoff said that was partly a consequence of Stokes’ willingness to take responsibility at key stages.

“With Ben he’s just different,” Flintoff told reporters in London on Tuesday. “As a batter he can bat three, he can bat four – his bowling’s getting better all the time.”

“The World T20 probably knocked his confidence a little bit. That can happen, bowling at the death,” added Flintoff at an event to publicise the official song of the World Cup, ‘Stand By‘ by Loryn and Rudimental. “He’s always in the big moments of a game. He seems to be that lad who lifts the team.”

Former England captain Flintoff’s career also featured its fair share of off-field controversy, with the 41-year-old saying this could take a toll on a player’s form.

“I think since what happened the year before last, it’s always hard sometimes,” he said. “You’ve just got to find your feet again. You’re playing for the team but you’re also playing a little bit for acceptance as well — for the crowd, for the people coming to watch you.

“I think he has come through the other side and I think we’re about to see the best of Ben Stokes. Or I hope so, because I genuinely love watching him.”

Flintoff, a central figure with both bat and ball when England regained the Ashes on home soil in 2005, said the season ahead would be the ideal stage for Stokes to shine.

“World Cup, Ashes – it’s all to play for,” he insisted. “As a character and player like Ben, you wouldn’t be surprised if he just steals the show. We can (then) all forget about 2005 and move on with ourselves!” 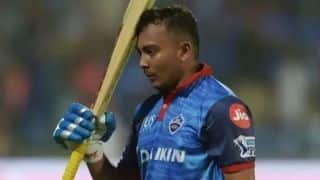