With approximately seven months remaining for the World Cup in England, Coulter-Nile has a possesses a burning desire to represent Australia in England.

It s been a while since Nathan Coulter-Nile last played an international match for Australia. His fragile body has continuously hampered his progress. He was sidelined for the entire Australian summer in 2016 due to a series of injuries. He suffered a hamstring injury first, then hurt both the shoulders that kept him away from national selection for two years. During this phase, Coulter-Nile felt his international career was more or less over. He had revealed that he had thoughts of giving up Test cricket and focus solely on the limited-overs format.

But even that was taken away after the India series in November last year, and it took Coulter-Nile almost a year to be back in international fold. He has been named in Australia s T20I squad against Pakistan, a series he is keenly focussed on. Playing the JLT Cup for Western Australia, Coulter-Nile picked up nine wickets from four matches before his team was eliminated following a loss to Victoria in the semi-final.

With approximately seven months remaining for the World Cup in England, Coulter-Nile has a possesses a burning desire to represent World Champions Australia in cricket s mega event in England next year.

“I’m hoping I can be playing for Australia. Hopefully that happens and that’ll make my decision for me,” Coulter-Nile told cricket.com.au. “If not, I will have a red-hot crack at Shield cricket, but it will be modified. I don’t think I can bowl 20 overs a day on consecutive days. I’ll have a chat to ‘V’ (Voges) and work through that. If I can get my body there, I absolutely want to play red-ball cricket.

In order to do that though, Coulter-Nile, about to turn 31, understands the need to keep his fragile body up to task and manage his workload judiciously.

“(In the past) I’ve been conservative in terms of what I play and slowly getting myself back to a certain point. But I think this conversation is more about lowering the point I’m trying to get to. Rather than bowling 40 overs in a game, let’s see if I can get that down to 15 overs an innings. It might hurt me in selection, but I’d rather be available for that than nothing,” he said.

With 37 wickets in 21 ODIs, Coulter-Nile also realises that his road back to international cricket may be easier said than done. The likes of Mitchell Starc, Josh Hazlewood and Pat Cummins and the emergence of Billy Stanlake have taken over the Australian attack and have done reasonably well, something that will not make Coulter-Nile s comeback easy. However, the fast bowler feels he has the numbers to back him, although the eventual call belongs to the selectors.

“Purely on my record, I know I can do it,” he said. “Personally, I like it when selectors go for people who have been playing, go to them first and then look at who’s behind. The top three bowlers in Australia are Paddy (Cummins), Hoff (Hazelwood) and Starcy (Starc). They’re head and shoulders above everyone else. Hopefully I’m not too far behind them.

“I probably didn’t take as many wickets as I would have liked to (in the JLT Cup), but I feel like I’ve been bowling pretty well. It’s up to the selectors. It’s obviously a pretty hard side to get into now, everyone wants to be there with a World Cup coming up. You have Starcy, Hoff, Paddy, Billy Stanlake’s up and going. There’s some serious bowlers going around at the moment.” 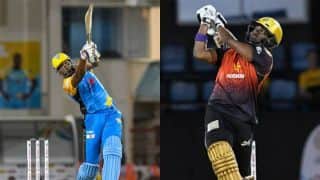