India World Cup winning team that lifted the marquee trophy this year was bestowed with Heroes Award in the NDTV Indian of the Year Awards 2011. 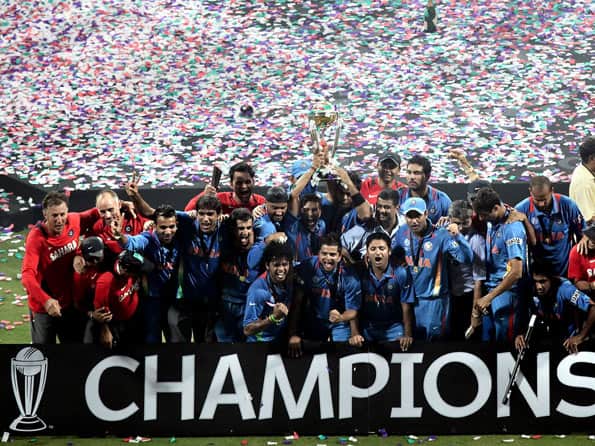 India World Cup winning team that lifted the marquee trophy this year was bestowed with Heroes award in the NDTV Indian of the Year Awards 2011.

The award is to honour extraordinary Indians and their achievements.

Announcing the awards, Dr. Prannoy Roy, Chairman, NDTV, said, “NDTV Indian of the Year Awards recognizes eminent visionaries, and personalities who have made the country proud and helped build Brand India. The colossal success of the initiative over the past five years and the presence of some of the most eminent Indian personalities have given tremendous credibility to the awards. We hope to make this year s NDTV Indian of the Year bigger and involve the entire nation in the celebration.”

The Men in Blues, who were present at the ceremony, reacted after receiving the award.

“As soon as I got out, I thought I will regret these three runs for rest of my life. But being part of the winning side makes up for everything,” said India opener Gautam Gambhir who missed out on the historic century in the final.

“Sachin has done so much for Indian cricket and we wanted to give him something in return,” said Virat Kohli.

MS Dhoni, the only captain after Kapil Dev to win the World Cup, said: I get influenced by pressure but I have so much gray hair because I don’t let expressions on field reveal this.”

The Indian team paid tribute to Dhoni after the award.

The ever mischievous Yuvraj Singh said: “He pushed me down in the order!”

Sharjah enters Guinness book for hosting most number of ODIs