Mortaza has always tried to stay away from the spotlight and as such, he is likely to be willing to step down from T20Is without making much noise.

Kolkata: Bangladesh’s Group 2 match against New Zealand in the ICC World T20 2016 here on Saturday could well be Mashrafe Bin Mortaza’s swansong in the 20-over format. But the skipper will take a decision on his return from India. Already eliminated from the tournament with three straight defeats, Bangladesh will take on New Zealand at the Eden Gardens here, reports bdnews24.com. Since last year, Mashrafe, who earlier insisted he did not enjoy Twenty20 Internationals as much as One-Day Internationals (ODI), had been thinking about signing out of the shortest format after the showcase event. FULL SCORECARD:New Zealand vs Bangladesh, 28th T20 Match, Super 10 Group 2

According to the international fixtures, Bangladesh have no more T20Is scheduled this year. They will play their next games in New Zealand in January next year. After the World T20, the tournament will be a quadrennial event rather than a biennial one. Mashrafe does not fancy himself playing in the next edition slated for 2020 in Australia.

“I will think about (retirement) when I get home,” Mashrafe said. The 32-year-old has always tried to stay away from the spotlight and as such, he is likely to be willing to step down from T20Is without making much noise. “We have an important match. That has my full attention for now. There will be a lot of time back home to consider whether I will play T20 after this or not,” he concluded. READ: Bangladesh vs New Zealand, T20 World Cup 2016, Match 28 at Kolkata, Preview: Hurt ‘Tigers’ look to salvage some pride

Bangladesh’s campaign has been a tragic one so after after three matches. From the ban on Taskin Ahmed and Arafat Sunny, due to suspect bowling action to the heartbreaking one run loss against India, nothing has gone in their favour in this tournament. One has to feel for the side, which lost its prime weapons at a wrong time and lost the match against India after dominating it for a almost the whole time. “Leave out the last three balls, we played brilliantly. We did everything to win otherwise. We came back after they had two good overs towards the end. We played well at nearly every moment,” were Bangladesh skipper Mashrafe Mortaza’s words at the post-match media interaction put things into perspective. 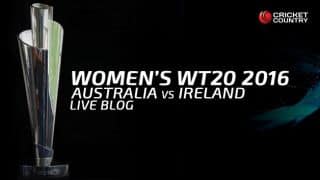