Cricket was played on Mitcham Cricket Green in 1685.

Mitcham Cricket Green, Surrey often features in quiz questions, for being universally accepted as the oldest cricket ground “still in use”. The first documented cricket match on the ground dates back to 1685. To provide perspective, this was the year when James II succeeded Charles II to the throne; William Dampier had not yet spotted Australia; the city of Calcutta had not yet been founded; and the Massachusetts Witch Trials were still some years away.

According to a report in The Guardian, Mitcham Cricket Green is now under threat of being sold to developers. A site recently acquired by Phoenix Group Investments includes their 115-year-old pavilion, the Burn Bullock (a pub named after Surrey batsman and Mitcham stalwart Burnett Bullock), and a car park. Phoenix has apparently planned to build a 70-room hotel on the car park, which will involve demolition of the equipment shed.

Mitcham Secretary and women s team captain, Julia Gault, revealed that Phoenix has revealed little details regarding the future of the site: They d leave us with a set of plans we never wanted. We d end up homeless, we couldn t continue playing cricket on that ground, which would be the end of over 300 years of history but also the end of cricket for this community. It would be a terrible, terrible shame.

Most of the young people who play for us are at state schools. The subs are very low, 42 a year. Most clubs are two, three, four times that. We know a lot of people who come to us can t afford more than that. We are incredibly multicultural, with children from every cricket-playing nation and quite a few others. We have joked that the first Afghan to play for England might come from the club. We ve got Sri Lankans, Pakistanis, Indians, Caribbean, African heritage, Europeans, even a Lithuanian.

Because we don t have a confirmed tenancy with the current name of the leaseholder on it, we can t do things like apply for grants. Every pound we have to raise ourselves. Most grant-giving organisations want to see you ve got rights to be in the building you re in.

Eventually we ll get to the point where we need something really major done, like the roof repairs on a building that as far as anyone else is concerned we don t have any rights to occupy, which is very bizarre seeing as it was built for us.

However, there has been support for Mitcham from various corners, from the public, local councillors and cricketers. Alec Stewart has requested people to show your support for a fine cricket club with a proud history and we hope a bright future too . 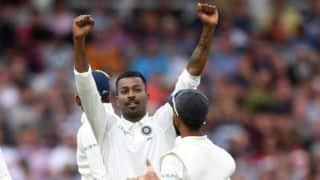 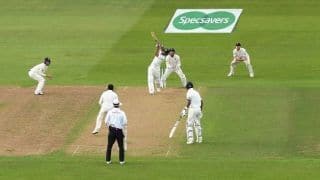